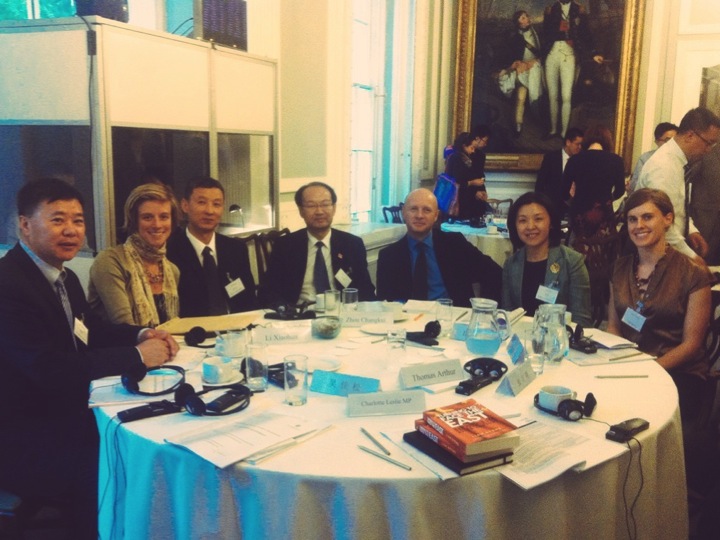 The roundtable was designed to foster conversation between UK and Chinese delegates on how to build partnerships for innovation and entrepreneurship. Group discussions focused on the financial and human capital challenges that present barriers to innovation and growth as well as the policy foundations that could support academic institutions, business and individuals in the UK and China to thrive.

A fascinating number of collaborative initiatives already exist between the UK and China – for example, a joint fund to support scientific research ventures – and discussion turned to what can be learned from other examples around the world e.g. the UK–Lebanon Tech Hub and joint China-German efforts to improve manufacturing processes.

One of the most interesting discussions revolved around how China’s internet economy and burgeoning logistics industry is enabling young people to set up successful e-commerce businesses in rural areas. This has the potential to spread wealth from the tier 1 and 2 cities and is a lesson to the UK on the crucial importance of efficient infrastructure in the devolution of economic power from major cities.

Mme Lui praised efforts of young people as ambassadors for their countries and the catalyst for friendships to grow between our two countries. She said: “Young people have always been drivers and pioneers of people to people dialogue.”

She left us with three messages:

This October, six Young Fabians members will be travelling to Beijing to explore innovative social and economic policy solutions which respond to the contemporary challenges facing both of our countries.

This roundtable revealed that that China’s society and economy are evolving and adapting at an exceptional rate and that we have a lot to learn from each other.