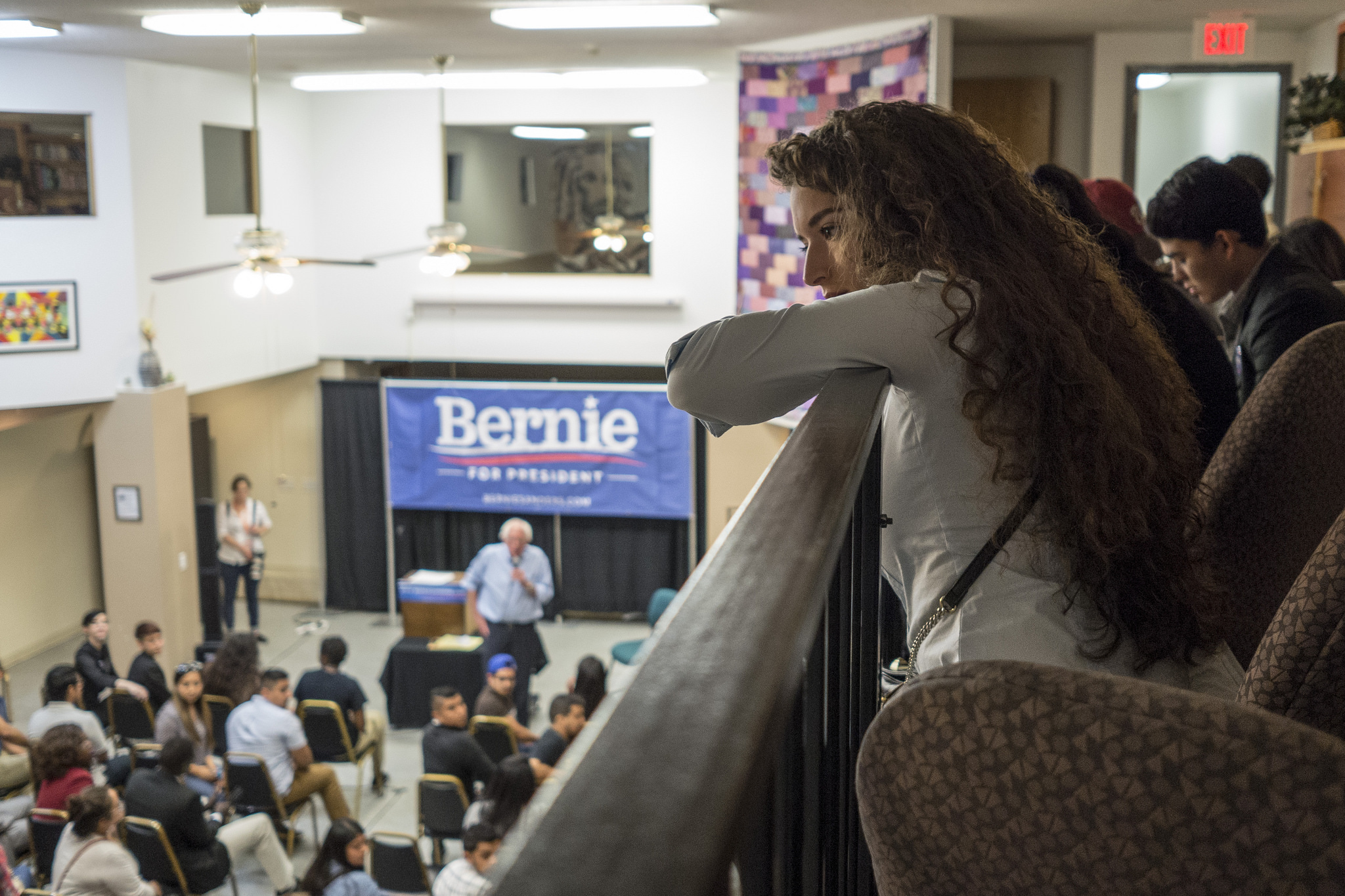 A highlight of the delegation for me was meeting Revolution Messaging, a digital campaigning company which has lived up to its name and been truly revolutionary this campaign season in their incredible work running Bernie Sanders social media campaigning.

The team shared many key insights with our delegation. These included the importance of early and strategic advertising, such as running ads on search engines when people type in specific terms, to allow money to grow.

Despite being a digital campaign company, staff acknowledged that the crucial reason for Bernie's popularity was that he ran an issues-based campaign, capturing the zeitgeist raising issues around economic inequality, student debt and healthcare. It was noted that Medicaid is a popular government program so Bernie Sanders' campaign campaigned on the idea of 'Medicaid for All' as opposed to universal healthcare which has negative connotations for many Americans.

A small but significant difference between Bernie and Hillary's campaign was that Bernie's emails to supporters were issue-based and only asked for money at the end whereas Hillary's were the opposite.

Bernie being so focussed and consistent on the issues was very damaging to Hillary's campaign as that is her Achilles heel as she is widely perceived as flip-flopping on many important issues, including Black Lives Matter and TPP.

Bernie's authenticity is seen as one of the major reasons for his success and Revolution Messaging were able to successfully reinforce that image by using lo-fi and gritty imagery and graphics as opposed to Hillary's slick campaign.

Revolution Messaging emphasised the fact that Bernie's campaign was organic- the slogan #FeelTheBern- was generated by supporters not the campaign as opposed to Hillary's slogan, #ImWithHer which came directly from her campaign. Bernie's imagery was also easy to memeify. However Revolution Messaging was able to harness this organic support into a cohesive digital campaign strategy.

We discussed at the meeting the enthusiasm gap faced by Hillary's campaign and how many young women are nonplussed about the fact Hillary has the potential to be the first woman President. We agreed this was because women are not a monolithic voting block and are equally concerned about a variety of issues, and on some of these issues they prefer Bernie's stance.

Revolution Messaging stressed how crucial it is to better use data to increase engagement.

The most significant lesson we can all take away from Bernie Sander's campaign is that you can raise vast amounts of money from small donors- Revolution Messaging said they were able to do this by creating a sense of ownership with the campaign, that the campaign was a Them Vs US investment and a way of standing up to Corporate Greed as well as a chance to be part of something bigger than yourself rather than being about Bernie or his personal ambition.

Another key tactic was playing up Bernie's underdog status by using local media to create an authentic voice (local news is the most trusted news source).

There are many parallels between Bernie Sanders and Jeremy Corbyn- and following Bernie's campaign tactics is something Labour could replicate and translate into electoral success.