Chums: In Conversation With Simon Kuper 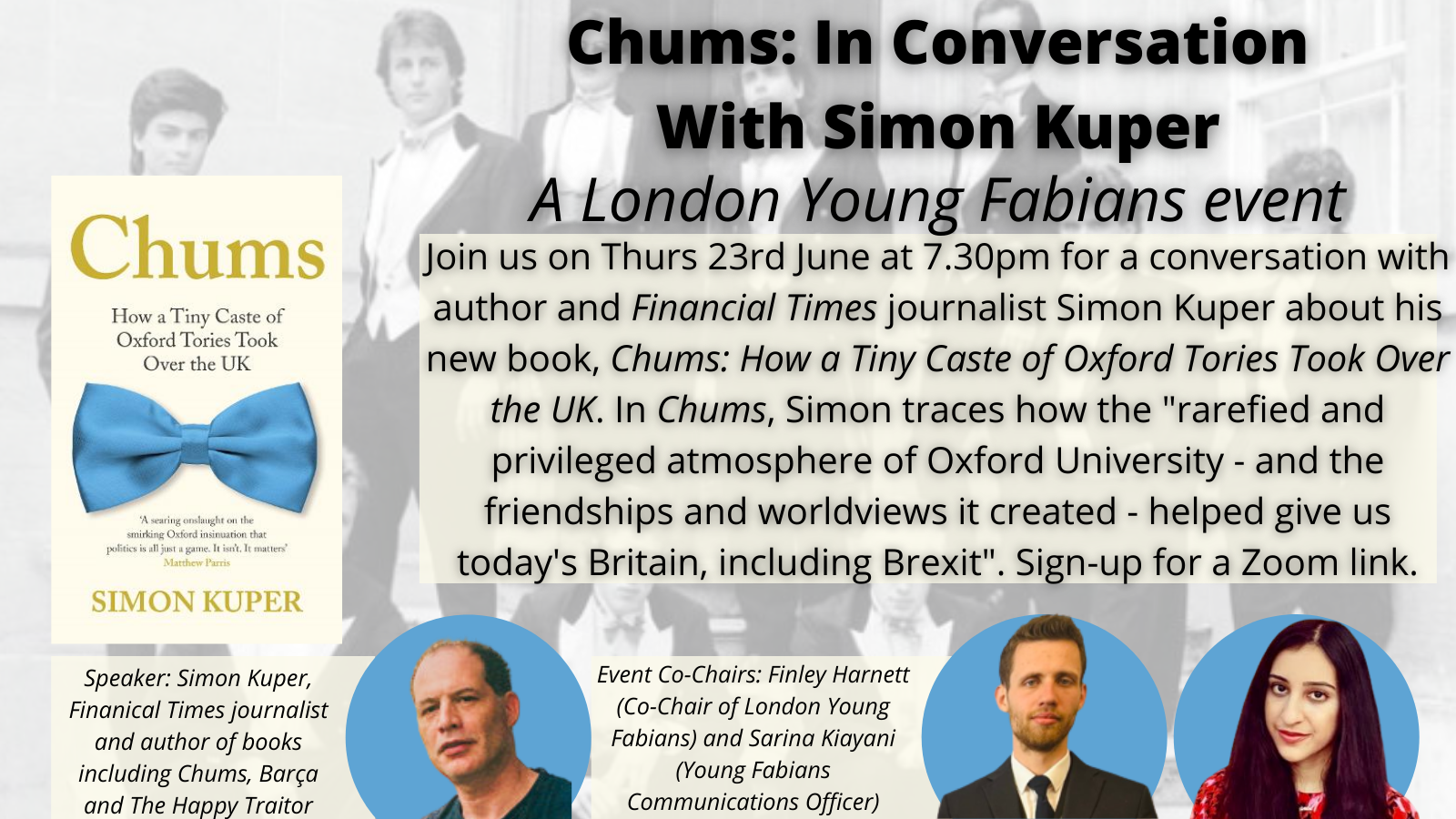 Join the London Young Fabians for a conversation with Financial Times journalist Simon Kuper, author of the new Sunday Times-bestselling book Chums: How a Tiny Caste of Oxford Tories Took Over the UK.

In Chums, Simon argues that to understand the social and psychological dynamics of our present Conservative government, you need to understand the Oxford University of the 1980s, where so many of those now in power first met. In this conversation, we will be asking how the Oxford "chumocracy" has come to shape and define modern Britain, including its capital, and we will discuss what can be done to ensure a more meritocratic future for the UK.

This event will be co-chaired by Finley Harnett and Sarina Kiayani and will take place via Zoom.

If you have any questions regarding accessibility or anything else, please feel free to email us at [email protected]

About the speaker and event co-chairs:

Simon Kuper (@KuperSimon) is an author and Financial Times journalist, born in Uganda and raised around the world. An Oxford graduate, he later attended Harvard as a Kennedy Scholar. He has written for the Observer, The Times and Guardian, and is also the author of The Happy Traitor and Chums: How a Tiny Caste of Oxford Tories Took Over the UK.

Finley Harnett (@HarnettFinley) is Co-Chair of London Young Fabians and stood for the Labour Party in the recent Harrow Council elections. He has worked as a Communications Officer & Researcher for a London Labour MP since July 2020, and previously trained and worked as a journalist. He has written for titles including City AM and The Critic magazine.

Sarina Kiayani (@SarinaKiayani) is the Young Fabians' Communications and Social Media Officer. She works in campaign management at Dentons Global Advisors Interel. She has been involved in All-Party Parliamentary Groups on Menopause and Beauty, Aesthetics & Wellbeing. She also sits on the Executive of Labour in Communications.