Hope Bhargava discusses the re-emergence of the socialised street admist the Covid-19 pandemic.

As school starts again, so too does the daily slog consisting of my reluctant trek to the station, all the while preparing myself for the long commute into town.

During lockdown, I had grown to enjoy my walks, despite an inability to diversify the route.

I began to develop a genuine interest in, and understanding of my locality, something that I usually make little time to do whilst adhering to the London rhythm of “grab and go”. With a return to normality demarcating the end to my blissful strolling, these same walks are now threatened with a potential restoration of the ritual, once again becoming just a pre-pandemic mundanity.

Something changed during the early weeks of lockdown. The imposition of driving restrictions caused the mass desertion of roads; cars simply parked up and left outside houses for the foreseeable future.

With the built environment reflecting 20th century prioritisation of the motorist in metropolitan construction, pre-COVID, pedestrians were relegated to small strips of pavement, often informed by councils that further pedestrianisation simply wasn’t a viable option.

However with this logic applied, accessibility requirements are too-often simply disregarded, with pavement spaces designed to accommodate only the “generic citizen”. This has therefore allowed for the needs of both wheelchair users and parents with buggies- who are more likely to be women- to be frequently overlooked, reflecting both patriarchal and ableist planning systems and the dominance of the able-bodied, white male in the architectural sector.

Ingrained into the public conscience through childhood repetition, the precautionary acts associated with road crossing are unforgettable; the primary school road safety videos stick in my mind even now on account of their catchy accompanying tunes.

However, despite my usual acceptance of the necessity of the left-right ritual, lockdown enabled my euphoric rebelling against these conventional practices. With the notable absence of cars, I was able to make my way across the road in the knowledge that I wasn’t going to be run over by a Porsche doing 70 in a 20 mile-an-hour zone. Lockdown had, if inadvertently, allowed me as a pedestrian, to finally exert my control of the city.

An additional observation from my early lockdown flaneuserie was the emerging presence of the child in the streets. With the majority of schools shut, many children, particularly from poorer areas, were left with little contact from teachers who struggled to support individual cases of need, leaving parents fully responsible for their child’s education- balancing the “double shift” of both work and carework. 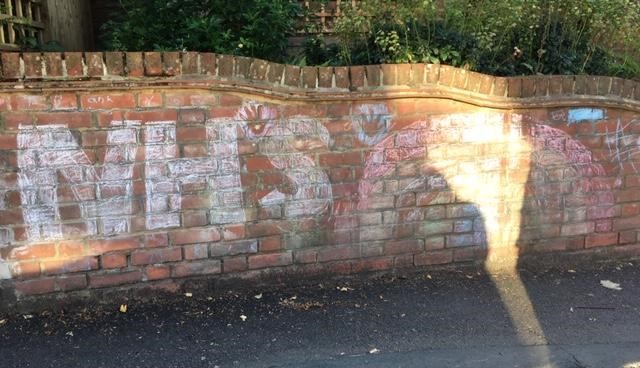 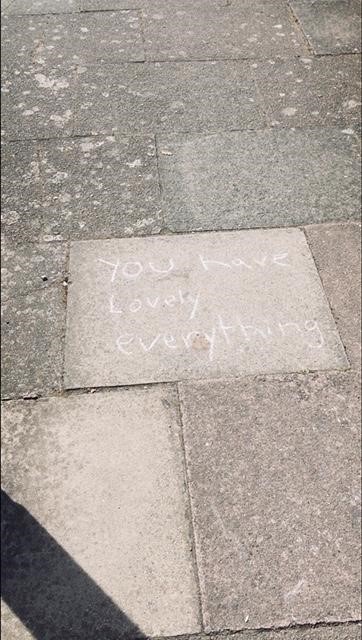 Subsequently, children were left with little in-door entertainment, taking their creativity outside and to the streets, leaving scribbled chalk messages, for example in support of the NHS to accompany the weekly clap for carers. This added a touch of vibrancy to an historically austere urbanity. Additionally, car-less roads provided parents with a reassurance of the safety of their child’s activity and presence on the streets.

With the general increase in the “fear of the unknown”, accompanied by the securitisation of urban space, children nowadays are growing up with a diminished ability to explore and access the benefits of their surroundings. This enclosure and restricted independence of the child also parallels the emergence of motorised city.

Yet, for the duration of those few months, children were able to fully utilize their socio-physical environment, developing through urban exploration and resourcefulness. Consequently, the street itself became an educational site, reflecting a Colin Ward-esque reclamation of the child’s right to the city.

Nevertheless, as children go back to school and normality gradually returns, the gains of the pandemic must not be forgotten. We witnessed the re-emergence of the socialised street, highlighting the importance of the neighbourhood connection and spontaneous interactions that are too often overlooked in the bustle of the modern city.

Whilst we are increasingly required to modify our inhabited spaces due to social distancing obligations, the field of urban planning is faced with an unprecedented challenge to account for this additional demand.

On the other hand, the pandemic has also opened up a unique opportunity for the emergence of a more democratic municipal planning discourse, calling attention to the potential involvement of those currently excluded by the system; supporting the creation of an autonomous lived environment that reflects the diverse needs of its residents and allowing for a reclamation of their rights to the city.

Hope is a London-based Year-13 student activist with an interest in housing and urban planning.