Our first activity in Seville was a trip to the Cartuja Qanat, a local project on sustainable development partly funded by the European Union. An example of what can be achieved by coming together and pursuing an ambitious programme for the future of sustainable development. The innovative urban transformation encourages the use of the street as a social facilitator and is an exciting new experience of urban design promoting growth that is sustainable. 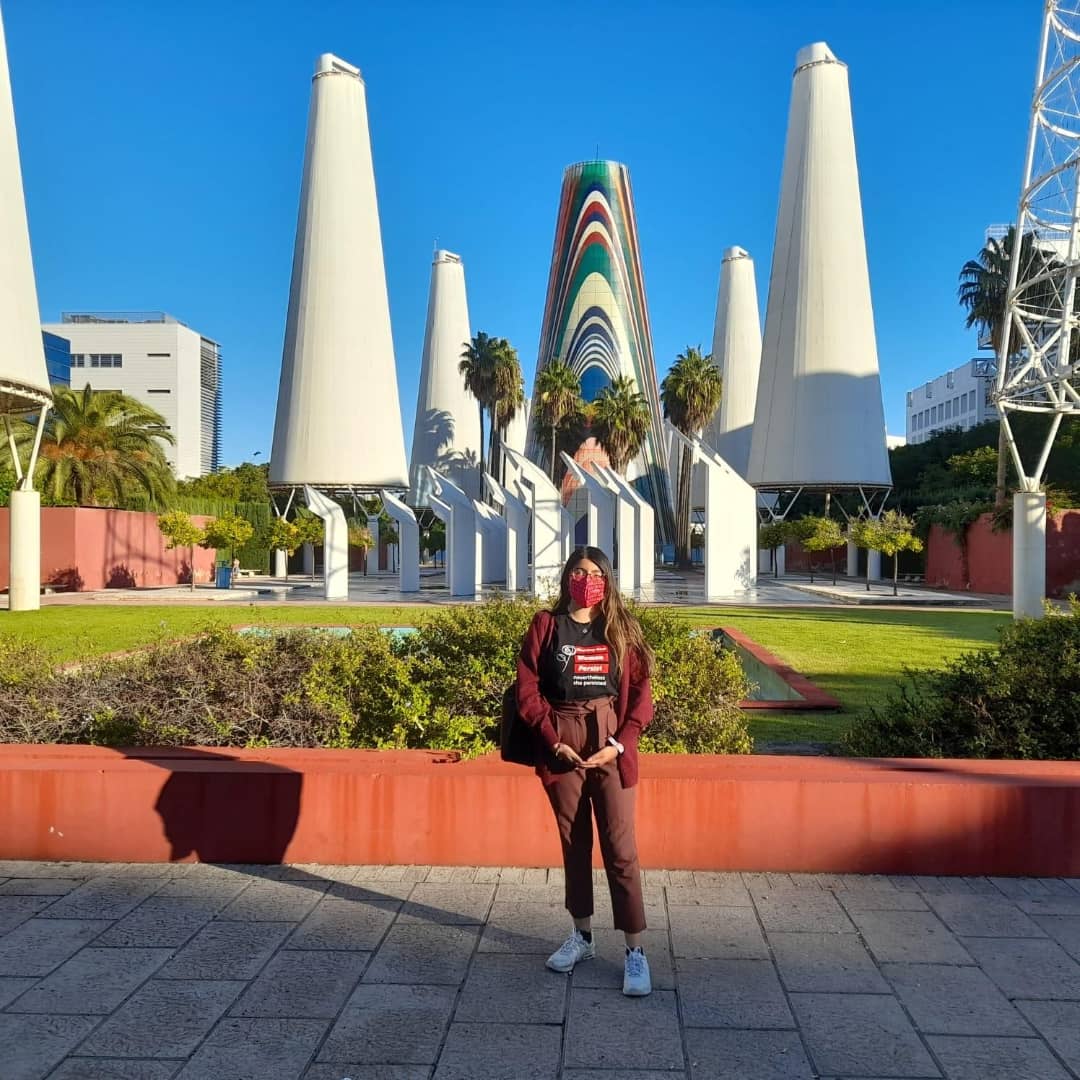 Next, we attended a debate on a Just EU Green Deal. We were welcomed by the Mayor of Seville, Juan Espadas Cejas and inspired by the city. He offered warm words on the future of youth and of society as well as the importance of a fair transition including local and regional governments. We were also joined by Christophe Rouillon, President of the Party European Socialists Group (PES) in the European Committee of the Region who highlighted that the way Climate Change is affecting people is different and explained the importance of equality, solidarity and ensuring that a green transition does not leave anyone behind. He made it clear the difference between our political family and others is that we see an ecological transition going hand in hand with social justice. Much work is still left to be done, many cities are yet to begin transitioning and it’s essential local politicians bring incentives for the private sector as we face an energy crisis.

I was particularly glad to hear the equalities element of the just transition raised. I was empowered to hear women leaders speak of the gender gap and highlight the impact of violence against women and girls as well as the gap between rural and urban areas. We heard from YES President Alicia Homs who highlighted the need for opportunity and high-quality jobs for young people. Her message rang true to me as a climate activist - our generation expects facts and should be involved from the beginning, without us change cannot occur. She also highlighted the need for female leadership and the importance of green jobs with decent salaries involving women. The interesting and informative debate ended with the Mayor of Seville highlighting how far we still have to go. 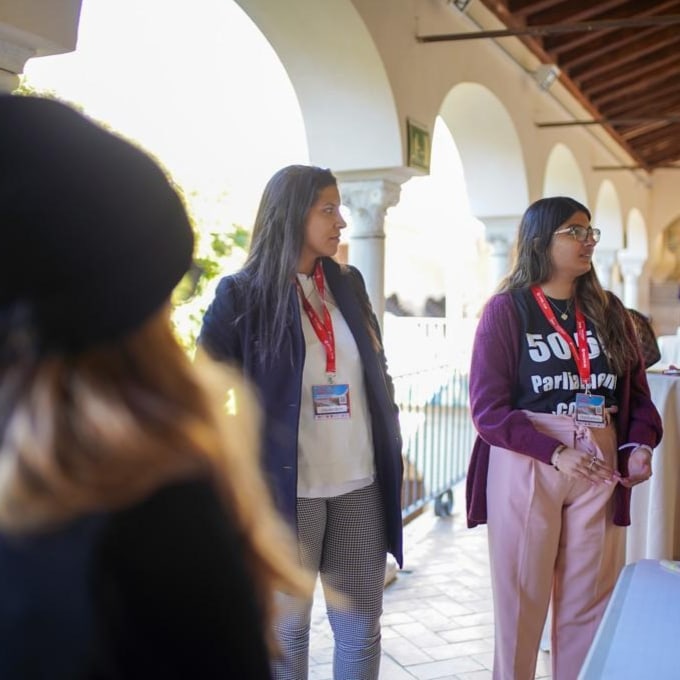 Notably raised by our sister parties was climate protection coming together with the economy, good jobs and protecting workers all of which are central policies of our party. Politicians made it clear that public support is absolutely vital. It was a busy day learning more about programmes in progressive cities and regions that ended with a Reception with panellists and fellow school participants with the debate having sparked great discussion and opportunities to collaborate.

Much of this discussion was continued on the second day over breakfast and en route to the first activity at the stunning Espacio Santa Clara.

Day two focussed on planting the seeds of a just Green Deal at a local level and emphasised young progressives speaking up on their experiences and hopes for the future. We were welcomed by Ana Pirtskhalava, Secretary-General of the YES and there were sessions on building a sustainable and just recovery for all. We also shared campaigning tips and the importance of messaging. I asked a question about what we in the UK can learn from our sister parties in Europe on messaging. I also raised the achievements of Labour in Hertfordshire in declaring a climate emergency despite being the 3rd Party.

I particularly enjoyed the progressive local stories / World Café workshopping element of the day because it gave a real insight into what progressives around Europe are not only achieving but their cities and regions ambitions for the future. I was proud to contribute ideas to this specifically around tree planting, reducing net-zero, hydrogen and air quality. 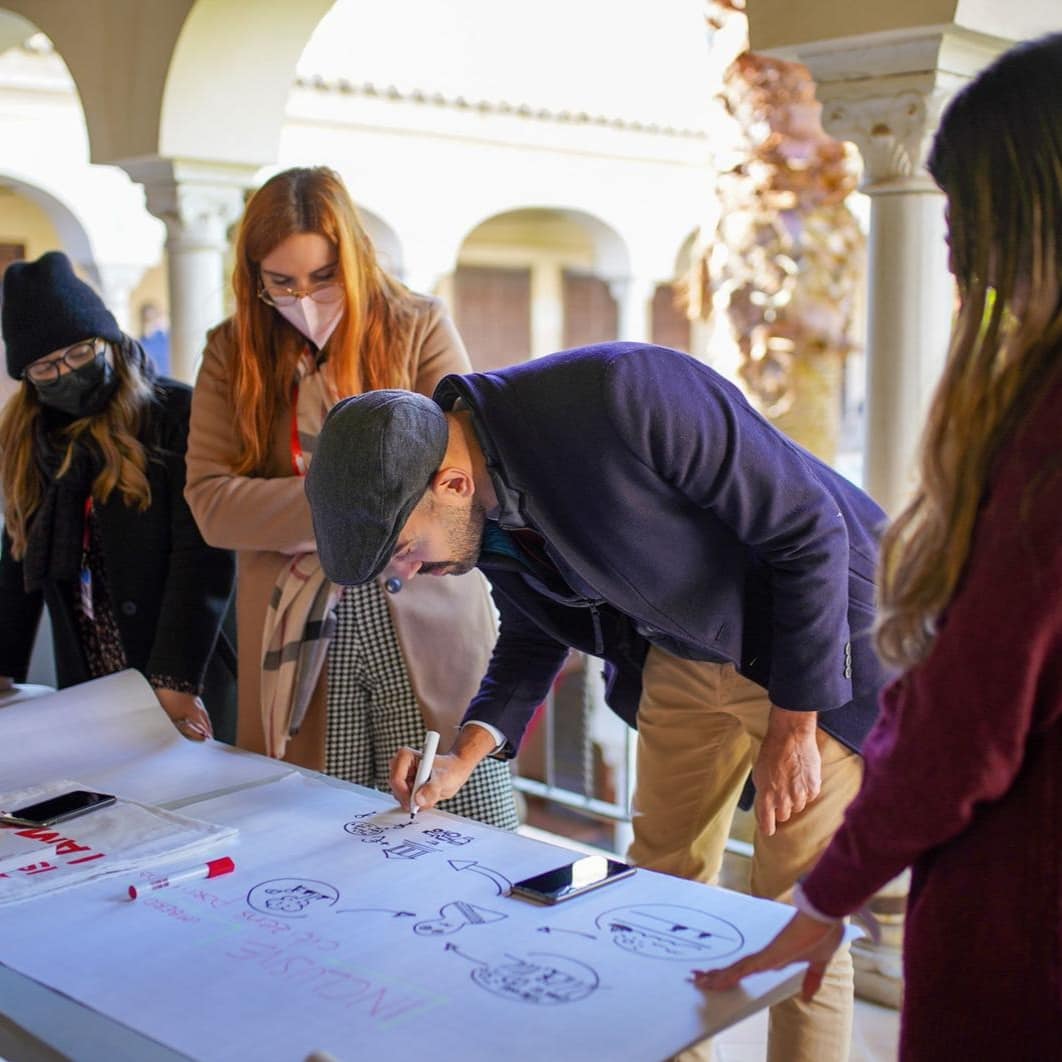 It was lovely to then be able to explore the city of Seville with colleagues. The day ended with a Political reception on Progressive and Sustainable Cities, hosted by PES dinner. It was a great chance to reflect on the experience overall.

I found school incredibly transformative and returned with many ideas which I am ambitious about actioning on my Environment Committee and contributing to Environment YF. The school showed what I have known for years - that it is high time to empower young local and regional leaders who are at the forefront of creating change and sustainable development. This was an excellent chance to get to know fellow young progressives and hear their experience, not just as young, local and regional politicians with an interest in green issues but about their respective parties and their experiences of being a young person in politics

I want to thank the PES Group in the European Committee of the Regions and Young European Socialists Network of Young Councillors. Special thanks to YES for selecting me for the programme.

I leave you with the message from Pascal Smet, Brussels state secretary “Don’t speak about means, speak about the objectives. Make people dream! You are politicians, you are leaders, you need to listen to what people say but you need to have your ideas too!” 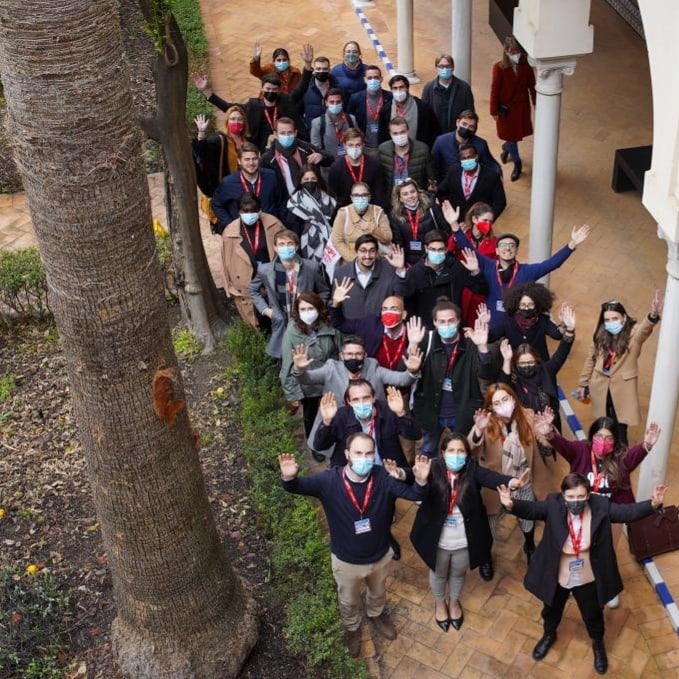 Tina Bhartwas is a Labour & Co-operative county councillor in Hertfordshire, where she is Labour’s environmental spokesperson. She is Chair of the East of England Young Fabians, as well as Feminist Foreign Policy Officer for the YF International Network. She tweets at @TinaBhartwas.