Cecilia Jastrzembska reflects on a landmark study into the inseparable nature of climate, biodiversity, and human quality of life and what it means ahead of COP26.

It is no secret that 2020 was the year when the world ground to a halt, as coronavirus spread like wildfire across international borders. In 2021, we are still collectively rebuilding, and some regions of the world are even going back into lockdowns as they struggle to conquer new variants. Data is emerging from all corners of the planet, telling the statistical stories of the impacts on our global population. But another story is also simultaneously taking shape, one that paints a picture of the more unexpected, indirect consequences of the pandemic. The story of the anthropause.

Unexpected Guests
The anthropause is the new term first coined in the journal Nature Ecology & Evolution, to describe the pause that the pandemic enforced on human operations, particularly travel. The lockdowns presented a never-seen-before set of circumstances within which to gather unprecedented amounts of data on the effects of human activity across ecosystems, species and different geographic regions. For example, answering the question of whether different species were afraid of human buildings, or humans themselves. In the UK, herds of fallow deer grazed on the lawns of housing estates in East London, while wild boar roamed the streets instead of pedestrians in Mojacar, Spain. River dolphins reclaimed Istanbul’s Bosphorus, normally crawling with tankers and cargo ships, while mountain lions were found prowling around downtown 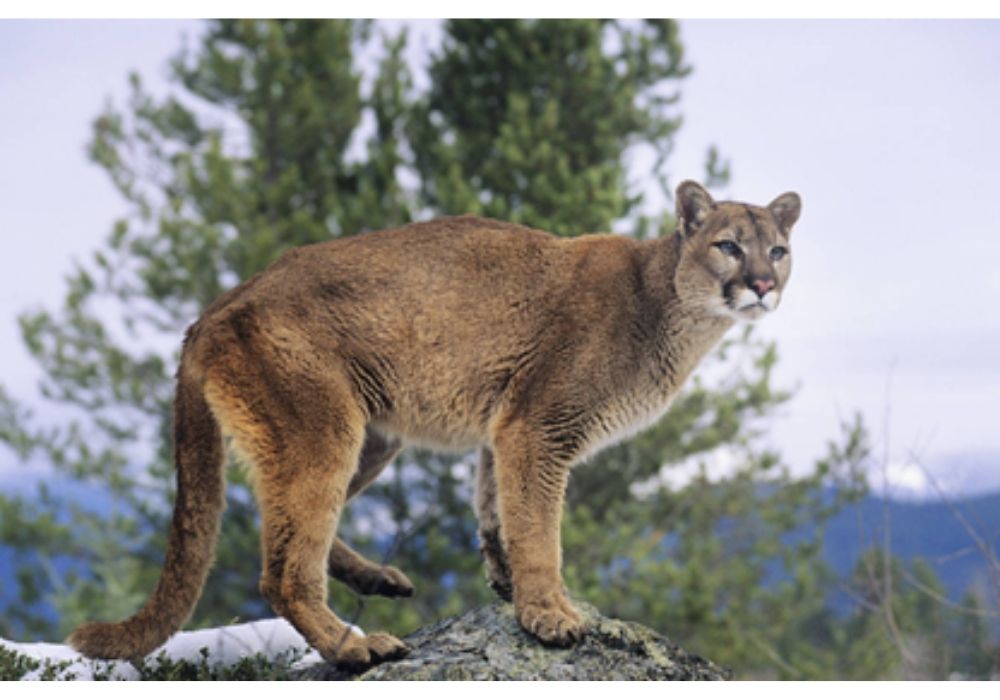 San Francisco. Japanese sika deer were spotted trotting through Nara, and Egyptian geese became the new flight passengers at Tel Aviv’s Ben Gurion airport. And this wasn’t all. In China, emissions of pollutants and harmful gases plummeted at the start of 2020, and air quality improved up to 11.4%. The WHO estimated that this change has saved 50,000 lives. An unprecedented healing of an Arctic ozone hole was observed during March and April 2020, reported by Copernicus Atmosphere Monitoring Service (CAMS) and CO2 emissions in China have minimized by around 200 million metric tons, which is estimated to have saved another 77,000 lives. As sediment settled during the traffic hiatus, the usually murky waters of Venice’s famous canals ran clear for the first time in years, and the International Quiet Ocean Experiment, a group of scientists using a network of hydrophones to measure ocean noise pollution across the globe, recorded the quietest year on soundscape record. As anthropogenic activities stopped, the wild world hit reset.

“It showed us that the natural world, with all its creativity and colour, is not locked away in some far away nature reserve, but right here  at the edges of our urban existence, waiting for the door to open” - #CoExistence Exhibition, London

This involuntary reset has afforded us a once in a lifetime, and indeed many lifetimes- opportunity to reimagine our relationship with nature and wildlife. It is a chance to forge a future which embraces living alongside, rather than displacing, the animals that share our home. Recently, touring conservationists have brought the art installation CoExistence to London, consisting of 100 wooden lantana elephants which are now dotted around St James’ Park, Buckingham Palace, and other attractions. They provide a visual representation of the success that the indigenous tribal communities who made them enjoy peacefully coexisting with the herd they live alongside in the Nilgiri Hills of Southern India. The plaques describe the new confluence of animals and humans in urban landscapes, and urge audiences to become ambassadors for coexistence rather than conflict with our wild neighbours.

The case for adopting a coexistence-based approach is compelling, particularly because of its significantly less attractive alternative. Two United Nations backed panels; the Intergovernmental Panel on Climate Change (IPCC) and the Intergovernmental Platform on Biodiversity and Ecosystem Services (IPBES) have recently collaborated for the first time in a landmark study of the interlinkages among biodiversity, water, food and health in the context of climate change. It demonstrates the impacts thus far and the risks we run if we don’t change course in the wake of coronavirus. Data gathered shows that 77% of land (excluding Antarctica) and 87% of the area of the ocean have been modified by the direct effects of human activities. Not only this, but more species are threatened with extinction than ever before in human history, and are being lost at a rate over 1,000 times the natural average. 83% of wild mammal biomass has disappeared already, and approximately half that of plants.

The report also provided a damning indictment of the insufficiency of Protected Area policies, partly due to the inadequate fraction protected, but also because they have been ‘poorly designed and/or insufficiently applied and enforced.’ In essence, we are trying to bail out a sinking ship with sieves, and are currently doing far too little, far too late.

What consequences do we face as a result? Ecosystem destruction limits products and services, (currently valued at US $33 trillion per year) such as food and medicines, that people can extract from the environment. Wetland ecosystems are among the most harmed, with nearly 50% lost since 1900. Biodiversity loss also means starvation and economic collapse for many wildlife-dependent communities, and land degradation, such as the loss of healthy soils, threatens the livelihoods of 3.2 billion people, according to a previous IPBES assessment. Global crop yields are also down 10%, jeopardising food security, and the loss of coral reefs takes the invaluable protection from cyclones and tsunamis for coastal communities that they provide with them. At this point, it isn’t just a shame to have lost species here and there, but a global biodiversity crisis equalling, or possibly even surpassing, climate change.

“Ignoring the inseparable nature of climate, biodiversity, and human quality of life will result in no solutions to either crisis” - IPBES-IPCC Report 2021

The intractable problem of our steadily worsening environment isn’t going anywhere, and its solution involves many codependent factors. Reversing the degradation of carbon and species-rich ecosystems on land and in the ocean is the most important change to make, the IPBES-IPCC report argues, as this simultaneously protects biodiversity, reduces emissions and maintains large carbon sinks, forming a triumvirate of optimal outcomes. Mangroves are one of the most valuable ecosystems to protect, as they are estimated to sequester four times more carbon than rainforest per unit. The point that the #CoExistence installation makes runs deeper than it may even intend; according to the report, a whopping 20% of native habitat in ‘scales inhabited/altered by humans’ needs to be restored, or in other words, rewilded, in order to meet the levels of protection needed for climate change and biodiversity loss to turn a corner. Projects like this are already starting to crop up, for example one led by the Yorkshire Wildlife Trust (YWT). which aims to turn 3,000 acres of heavily-grazed hills in the Yorkshire Dales into a biodiverse ecosystem where native wildlife, including red squirrels, cuckoos and black grouse, can thrive.

Large scale afforestation and bioenergy plantations (crops sown specifically to absorb CO2) are among other credible suggestions being proposed, which both have the rare scope to make meaningful inroads into the problem, and could make hitting emissions targets achievable.

“As we hurtle towards a population of 10 billion people on this planet, we need to go into this future armed with nature as our strongest ally” -Inger Anderson, United Nations Environment Chief

This indirect mitigation of aggregated anthropogenic pollutant impacts by the anthropause is a lifeline not to be missed. The long and short of it is that intersectoral policies and cross-cutting regulatory frameworks which address issues holistically rather than individually are not only key, but a matter of human, and animal, life or death.

Cecilia Jastrzembska is a government Senior Policy Advisor, public speaker and political commentator, writing for a range of publications on climate change, artificial intelligence policy, animal welfare and women’s rights. She is Vice Chair of the National Executive Committee for the youth branch of political think tank The Fabian Society, a delegate for the British-South Asian Youth Summit series and is the winner of the Benazir Bhutto Performance Award.