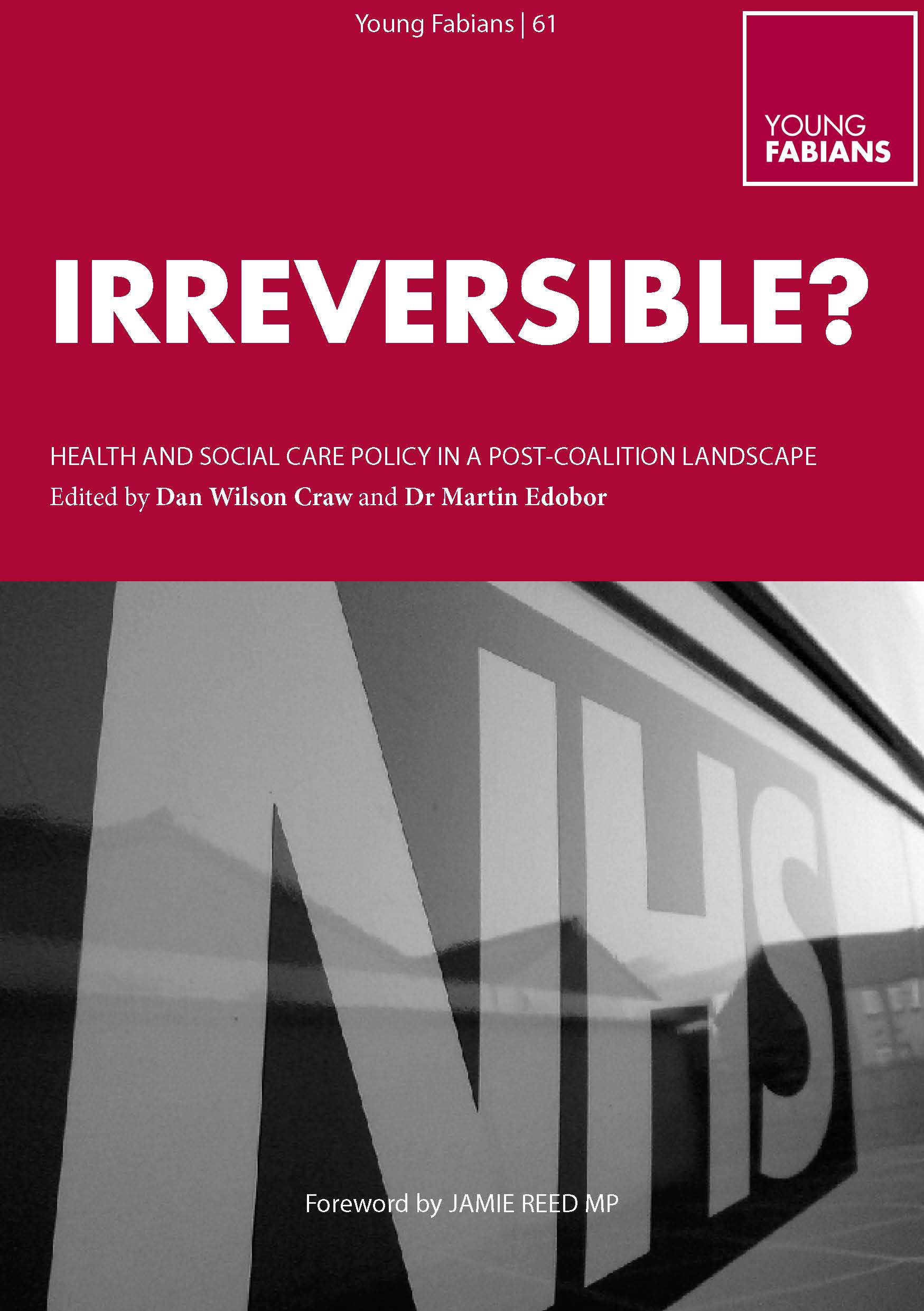 With increasing demands on the NHS from an ageing population, cuts to frontline services and an estimated 800,000 older people in England currently not receiving the care they need, Britain faces a growing crisis in health and social care. This pamphlet is the culmination of our health service and social care reform series, involving Young Fabian Members. We’ve held meetings with Shadow Ministers, MPs, community stakeholders and health care workers.

What should Labour consider doing about 'health' after the 2015 elections? 'Whole person care' is Labour's Big idea and the concept has gained wide support among health professionals, policy experts, campaigners and political advocates but questions remain how to turn it from an idea into a credible government initiative. How do we answer these questions? Is there a Young Fabians pamphlet that answers this and brings together burgeoning experts to explores the issues?

Well yes! The Young Fabians Health Network have published a pamphlet, “Irreversible? Health and social care policy in a post-Coalition landscape”, which looks at the impact of the Coalition government and identifies where Labour should pick its battles should it form a government in 2015. The collection of six essays explore the themes of demographic change, public versus private provision, organisational change, preventive medicine, funding of elderly care and measuring the quality of healthcare.

The authors of the six essays are all Young Fabians, with backgrounds in medicine, social care and health policy. Shadow Health Minister Jamie Reed MP and many within the healthcare arena like Kings Fund have recognised the pamphlet, but we think more people should be able to discover it. The pamphlet was launched earlier this year under a limited run, but with your help, we could bring these great progressive and left-leaning ideas to the wider audience it deserves. Please click on the link below to donate.