The term ‘culture war’ refers to a conflict of cultural values about a topic between groups in a society, usually split down conservative/progressive fault lines. Though debates abound, for example, the riveting jam or cream first on scones, they’re upgraded to culture wars when they’re attached to an identity that groups feel a strong association with or are impacted by. They represent differences in worldviews, but also in desired approaches and outcomes to very real problems. Of course, for a Cornishman, the scone debate may add up to a culture war, but that’s a different topic.

In the UK, the use of cultural warfare by political parties is all too familiar. Its rise coincides but didn’t necessarily originate with the rise of social media platform usage by political actors. We have bitter disputes over the value of staying in the European Union versus leaving it; whether the trans community should have an easier time having their identity recognised legally; whether the mainstream media is biased and the truth is to be found in partisan outfits and forums; whether BAME communities are being discriminated against or discrimination is a product of individual choices; whether climate change experts are right or not.

There is a common thread in these disputes. As progressives, we don’t see them as, objectively, a balance of two equally acceptable options. That’s because they’re not. They’ve been framed, not by us, as logical choices to make, but they’re entirely politically motivated. This is why the perception is of Labour having lost them because we haven’t been in control of the narrative around us.

For the past 10 years, the left has allowed itself to be embroiled in arguments that seek to debate positions we fought and won years ago. We already had an EU referendum; the Gender Recognition Act was passed in 2004; there is widespread research proving institutional racism; we’ve had evidence of climate change for more than 70 years. But we have failed to advance our own arguments. This isn’t because we don’t have any good ideas or because we don’t have the money or the party infrastructure. We’ve had all of those at various points. But we haven’t had the clarity of purpose to frame debates, to create a set of choices that, regardless of the outcome, would advance the conversation towards progressive policy. Instead, we have created some of our own culture wars, like the People’s Vote or the ignorant, clumsy and dangerous disputes over Israel and Palestine, harming the Jewish community and our relationship with them.

What is interesting about these ‘wars’, and we’ll get to the militaristic language in a moment, is that they’re mostly a distraction. Research carried out by Britain Thinks and Engage Britain last year (bearing in mind this was pre-Covid-19), showed a unity of priorities that the country faces: more funding of health and social care (including tax rises), and providing opportunities for families in poverty. Also on the list were education, housing and the environment, as was terrorism. These were unanimous across party lines. Assumed hot-button issues, like immigration, were not a priority, even if policy preferences differed. Meanwhile, a cursory glance at ‘political Twitter’ would give a very different impression of polarisation and animosity than that shown by voters themselves.

Should we aim to dismantle culture wars then, if they are such a distraction? Or more importantly, can we eliminate them completely? Since cultural debates have existed since time immemorial, that seems unlikely. In any case, in the current fragmented environment of deregulated online spaces, lack of transparency in party funding, and untenable levels of inequality, the intensity of voices and noise won’t abate any time soon. The policy changes required to create a less combative political environment won’t be afforded to Labour until it wins, and even if so, other challenges to the public sphere will replace the current ones.

So far, we know culture wars will continue, and we know they will be mostly a distraction from real policies. Our only hope, therefore, is to dismantle the current artificial battle lines and draw new ones that will persuade voters to come back to Labour and point to our policy platform. This may be older, working-class voters that feel a sense of conflict between Leave’s patriotism and their traditional Labour support. Or the metropolitan voter that was disappointed with Corbyn’s equivocation over Brexit. It may be those in their 40s who have families and still can’t afford to buy a home or those in rural areas concerned about the effects of climate change on their livelihoods. Or indeed Scottish voters who don’t want independence but want a strong, national, progressive party in Scotland.

The question is how to go about it. It starts with a leader that is likeable, as this is both an important factor for voters, and key in shaping the tone of discourse. Then comes the language around debates: they should be that, public debates, not wars. Some debates are crucial, existential even; but waging wars is a losing game, and cultural debates should be about positive persuasion, not mutual destruction. Acknowledging and respecting the democratic process is crucial, from the protests in the streets and the Parliamentary proceedings, all the way to the High Court. This should inform all conversations, especially those about improving said process. Then there is seeking to humanise and understand, though of course not necessarily agree with, the point of view and motivations of those involved, even on Twitter. Finally, and most importantly, there needs to be a relentless focus on detail, veracity, a common truth. 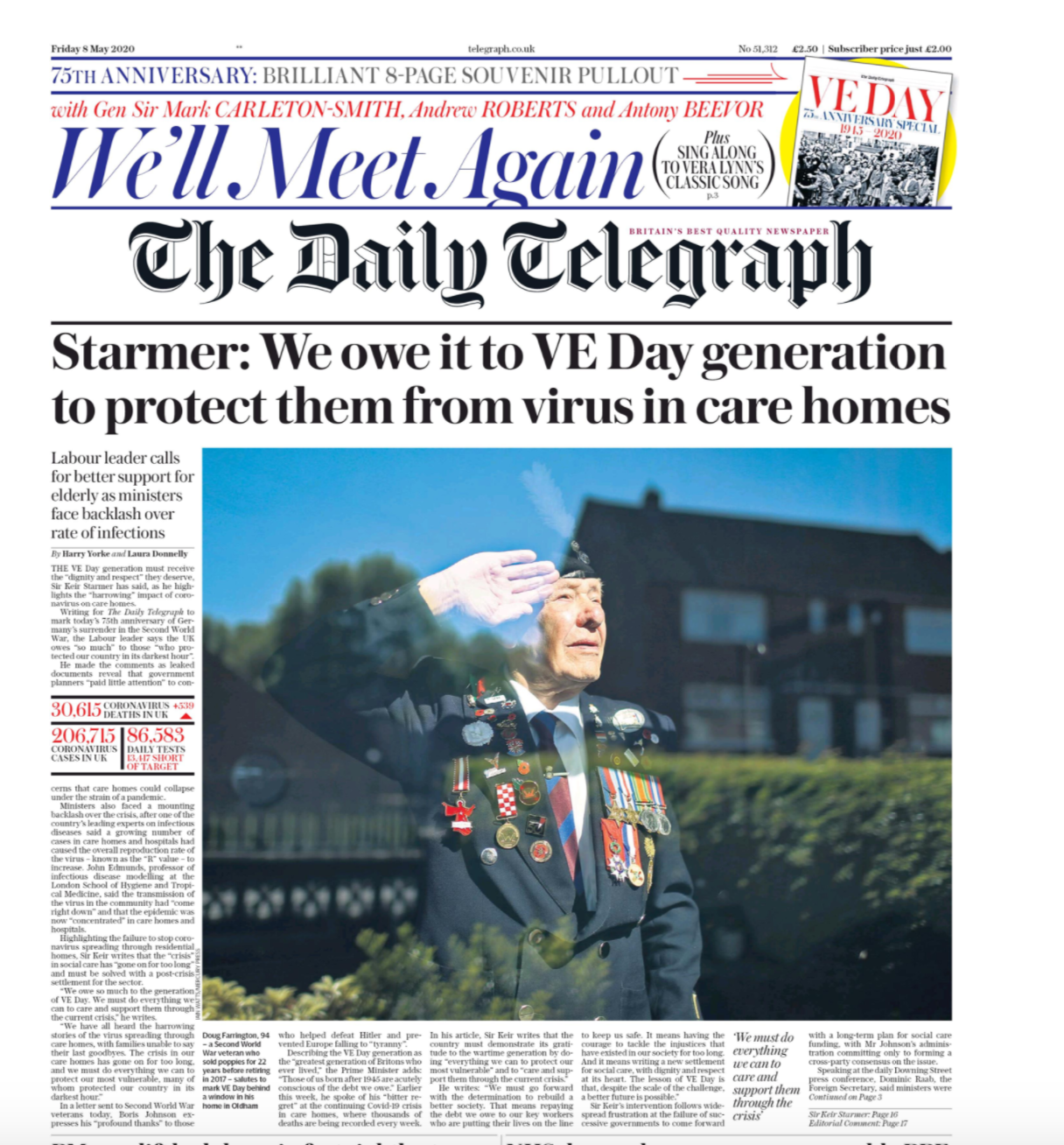 We have seen Keir Starmer and his team do this to some initial success with his PMQs appearances, his LBC Radio slot, and the arguments around Covid-19 and care homes, especially with the Daily Telegraph cover on VE Day. This linked the mishandling of care home Covid-19 patients, who were sent back from hospitals without being tested and infecting and killing thousands, to the right’s reverence of war veterans. No conservative would question their respect towards veterans, especially WWII. And so it follows that if the Government has been careless with the elderly, they’ve been careless with veterans too. This isn’t a cultural debate yet, but it could grow to be one of the mounting issues of social care provision remain unresolved by this Government. We’ve also started seeing it around the treatment of BAME communities, demanding specific action from the Government rather than getting distracted by Johnson’s shallow messaging.

Labour needs to lead in creating the debates we should be having, not simply trying to win the ones given to us by other political players. Culture wars are not clear cut, they can be messy and ugly, and they develop organically in all kinds of directions. But we know where we need to be putting our attention: healthcare, the environment, housing, education, security. Everything else is a distraction, and the country can’t afford that ahead of 2024.

Carolina is the current Vice-Chair of the Young Fabians. She balances being a film tech marketeer with studying a Media and Comms Master at LSE, while trying to cook vegan things that aren't banana bread in lockdown.