Economic Growth vs the Happiness Index

In the final part of her three part series, Andrea Grainger discusses the economy as a marker for societal success and the importance of considering more complex indicators.

Rapid economic growth is not ‘normal’ for humans. We lived without it for most our evolutionary history, all the way from the stone age up until the industrial revolution. Only with the start of coal-powered industry has it become normal for us to experience rates of economic growth above 1% per year.

As economic growth became normalised so too has the ‘consumerist’ culture. Consumerism is the economic and social order based around encouraging ever higher levels of consumption every year, and measuring the success of societies and individuals based on their level of consumption.

Today the consumption of nation states is typically measured as Gross Domestic Product, (GDP). The modern concept of GDP was invented by Simon Kuznets and popularised by a 1934 report on the topic to the US congress. In the same report Kuznets warned expressly against using GDP as a measure of welfare. As he put it;

‘Economic welfare cannot be adequately measured unless the personal distribution of income is known. And no income measurement undertakes to estimate the reverse side of income, that is, the intensity and unpleasantness of effort going into the earning of income. The welfare of a nation can, therefore, scarcely be inferred from a measurement of national income….

For Kuznets consumption alone could not be used to measure societal progress. What also mattered was income inequality, and working conditions.

If we are to pause the economic growth of western nations, then consumerist culture will need to be abandoned, and we will need other ways of measuring progress. One popular way is through self-reported measures of happiness. The academic field of ‘Happiness studies’ has emerged in recent decades to empirically investigate what makes humans happy.

One of the big findings in this field comes from Richard Easterlin, who compared national GDP and happiness rates across the world and over time. What he found was a complex correlation between GDP growth and happiness growth. As poor countries improve their GDP their national happiness also increases sharply. But when richer countries increase their GDP then happiness levels are barely affected. Further studies have confirmed this finding, and helped to clarify it. It appears that for nations above $30,000 per capita, GDP growth is not really worth pursuing as a policy goal. 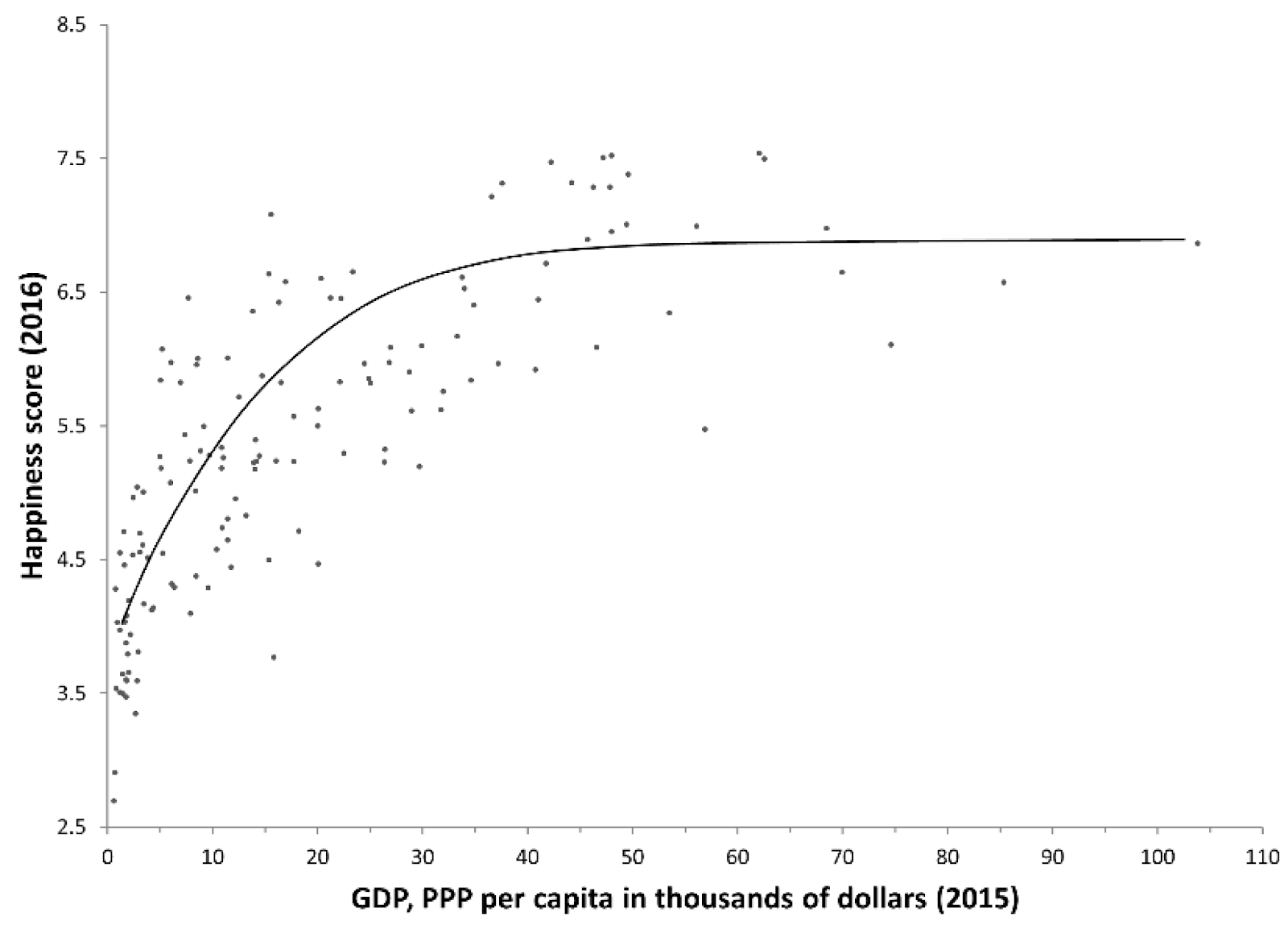 Income Inequality is a particularly important metric, not just as a lefty moral cause, but as an essential focus for progressive action. Professors Richard Wilkinson and Kate Pickett have spent the last decade laying out the evidence of the huge social and economic consequences of high economic inequality. Their book ’The Inner level’ explains the problem of ‘status anxiety’; that is the physical stress that people experience when they perceive themselves to be low on the social ladder. This stress causes a myriad of problems from mental and physical health issues, to weaker communities, lower levels of trust, and higher crime rates.

This problem of status anxiety is a big part of what drivers the consumerist culture. People want to consume more, and if they do manage to get a hold of more stuff, they experience their stress decreasing and enjoy the experience. But this only works at an individual level, not a national level. For each person that rises up the social ladder someone else falls down. The only real solution is to reduce economic inequality. Then status anxiety reduces across all of society, and all the negative consequences reduce with it.

Ultimately it is up to us to decide how we measure success in our society. Maybe Inequality is something we want to focus on, or maybe improve community life and social bonds. Or maybe mental and physical health. Or education levels. Or leisure time. A pause in economic growth, as well as helping us save the planet, is also an opportunity to rediscover what it is that makes life worth living, and what progressive societies should be aiming for.

Andrea Grainger is a researcher and community activist based in the South-East. His research focuses on Post-Capitalist economics and Environmental Limits to Growth, while her activism focuses on building a socialist economy in her hometown. She helps to run the labour party network; Red Green Labour, which works to connect together labour party members working on radical environment campaigns.