Do We Really Need the Monarchy?

After the recent move from Barbados to remove the Queen as Head of State, Zara Hussain discusses the relevance of the monarchy in a 21st Century Britain and Commonwealth.

On the 30th of November, Barbados officially cut ties with the monarchy. This decision was announced in 2020 and marked the end of Barbados’ ‘colonial past’. Many Barbadians saw the empire as British society obscuring their true culture. Barbados was perceived as ‘Little England’ and is now able to begin their journey, reclaiming their heritage, without the royals. The British monarchy reigned for 400 years, yet now, Dame Sandra Mason, Barbados’ governor- general, will become the president for a four-year term. Now, there are only 14 commonwealth realms left in the world. In 2012, Jamaica’s Prime Minister announced that they would also split from the Queen, however this is yet to happen.

The Benefits We Gain From the Royal Family

It’s no secret that the royals bring tourism to our country, therefore earning us money. In fact, in 2019, 3 million people visited estates owned by the Queen. Whether it be Buckingham Palace or Windsor Castle, these buildings produce money. The royal family is a large boost to the United Kingdom. Weddings, births and other events usually significantly improve the economy. When issues surround the royals, be it positive or negative, the press creates plenty of promotion and consequently drives tourism and general business. The British Tourism Council estimates that the monarchy generates $770 million annually.

On another note, the royal family acts as a security blanket for the United Kingdom. People all over the globe realise the importance of the royals, and therefore the Queen’s significance allows Britons a sense of prosperity. As well as the sheer importance she holds, the Queen could take power if she so needed to. If it be an economic or political issue, she has the authority to take control.

The Problems With the Monarchy

Despite the money that the monarchy may produce, the royal family is more expensive than you’d assume. Overall, they cost taxpayers $86 million in 2018-2019 alone. These figures increased by 41% from the previous year. Considering the thousands of people in debt, this is shocking and shows where our money goes. Many agree that the NHS or education systems would benefit from this wealth more than old people born into the crown. Not only does the system cost the British public money, but we are also unable to choose which ruler will come next - we have no power over the system that devours our money.

With constitutional monarchies, the idea of a class-based society is maintaineds. Looking at the average income in England, you notice how the wealth earned by the royals compared to the people of her country drastically changes the picture. The typical earnings of a full-time employee in England falls at £31,487 whereas the Queen makes around £42.8 million for doing what some may see as ‘nothing’. Individuals born into the monarchy do not endure the same struggles as most people, they have no financial worries and aren’t expected to get a 9 to 5 job. The majority of society work hard to achieve a moderately ‘comfortable’ life, whereas others are simply handed it. Why are there people living in cardboard boxes in the street when the ridiculous amounts of capital given to the royals, could allow them a home?

The Toxicity of the Royal Family

At the end of the day, royals are human too, they didn’t ask to be born into the wealth. Princess Diana and the Duchess of Sussex are living proof that the spotlight can be terrifyingly toxic. When people are watching your every move, there is no time to live your life the way you wish to. The concept of monarchy is clearly ancient at this point. A life full of tradition and expectations that tear you down is never fair, surely it would be a mercy to free them of this liability? Even though the royals may be ‘lucky’ to have a luxurious lifestyle, it is dehumanising to be refused freedom of speech and basic healthcare, all because you are part of the limelight. On the other hand, this attention can be manipulated when needed. For example, the royal family could release unexpected news to remove negative attention from another member of the family. 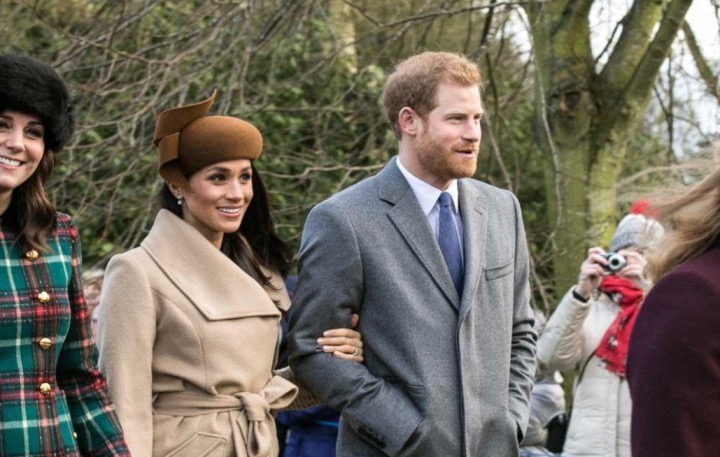 As the British public has no say in who becomes the next monarch, there are many situations that leave people unhappy with who rules. An example of an inadequate leader would be when King Henry VI was crowned at the age of 9 months. He hadn’t lived a year, how was he expected to possess the maturity of running an empire. This obviously is not the current case, however it shows how much control we have in terms of the royal family. If a ruler is deemed unfit by the general public, they cannot be ‘voted out’. Problematic royals have historically been difficult to remove from positions of power.

Another factor to consider is that when/if Prince Charles gets the crown, he will be over 73. In the UK, the average age of retirement is 64, meaning you receive a pension, not having to work anymore. Should he really receive the title when he is almost a decade over the age of retirement?

How Would Abolishing the Monarchy Work?

If the United Kingdom wished to eliminate the royal family, Queen Elizabeth would still reign over 14 other regions. In order to completely remove the royal title, every nation that she holds power over would be required to vote her out. On the unlikely occasion that this occurred, Queen Elizabeth would be forced to give up Buckingham Palace. Many believe that this would cease tourism however it could go the opposite way. As this would make the building a landmark with a larger story and it invites press, therefore inviting travellers. No matter how rare the elimination of such a powerful empire would be, it Is interesting to contemplate the reality of having a monarchy. Do you believe we are better with the royal family?

Zara Hussain is a young Asian female, getting to grips with the world around her. Growing up she has always had opinions, some deemed as controversial, and now uses writing as my way to present her views. She writes mainly about social injustice, political issues and economics. More of her work can be found on her website notabigdeal.co.uk.