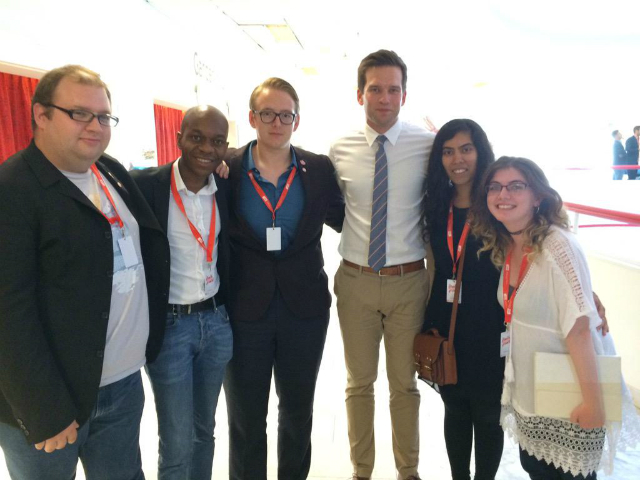 On day 2 of the SSU Congress delegates discussed the global issues facing the world in addition to reflecting on the international trade union movement. Read more

Delegates began the day listening to a rousing speech by Ellinor Eriksson, President of SSU and a good friend of the Young Fabians. This was ollowed by a meeting with Karl-Petter Thorwaldsson, President of the Swedish Trade Union Confederation, LO in Sweden. During the meeting with Thorwaldsson, argued for a strong trade union movement stating clearly that "A strong trade union movement leads to a better society" citing Swedens history of achieving full employment.

Delegates also took part in an international seminar on the conflict in Kobane, Kurdish parts of Syria and watched a movie about the topic.
Gabriel Wikström, former SSU President and Minister for Health Care, Public Health and Sport delivered a speech to the SSU Congress and met with delegates after to discuss public health policy.
news redbanner w-medium
Do you like this post?
Tweet