Krisha Gandhi discusses celebrating Pride in Bishkek, the capital city of Kyrgyzstan, and how she's been proudly promoting the LGBTQIA+ cause there.

During Pride Month, rainbow-filled logos, corporate pledges, and floats of celebration have become quite the common affair. Even during the pandemic, Pride events that would usually have taken place on the streets of Britain were relocated online and went ahead with the same spirit and gumption.

Across the world, numerous June events mark LGBTQIA+ Pride. Atlanta held a Pride Run, Copenhagen and Malmö will host a series of Pride concerts and ceremonies, and Vienna is setting up an entire Pride Village where 100,000 people are expected to visit.

Despite equal and human rights for people in the LGBTQIA+ community being a global need, the concept of Pride Month hasn’t yet transcended across all cultures, communities, and countries. Here in Kyrgyzstan, Central Asia, though Lesbian Visibility Day was celebrated in underground fashion, the wider event of Pride is still yet to come to fruition. This is likely to be further delayed by increasingly conservative political views and a newly drafted constitution which further restricts conversations around LGBTQIA+ rights in education.

Though Bishkek, the capital city of Kyrgyzstan, didn’t see windows adorning colourful flags, I wanted to make sure I celebrated the month and helped to raise awareness in my own way. I chose to do this by going back to basics - by finding a way to contribute to the community. This took the form of a Pride-inspired Yard Sale where all funds raised were donated to a local grassroots organisation driven by different generations of activists to protect the rights of LGBTQIA+ communities in the area. The organisation I choose to support accepts donations for their ‘Rainbow Cash’ fund. This fund supports members of the community in extreme need, including those requiring medical support, shelter and food.

Taking the opportunity to channel Pride vibes, music classics from Cher’s ‘Believe’ to Gaga’s ‘Born This Way’ to Christine and The Queens’s ‘Tilted’ were blasted from Bluetooth speakers alongside free-spirited dancing to entice potential customers to see the array of things on offer. 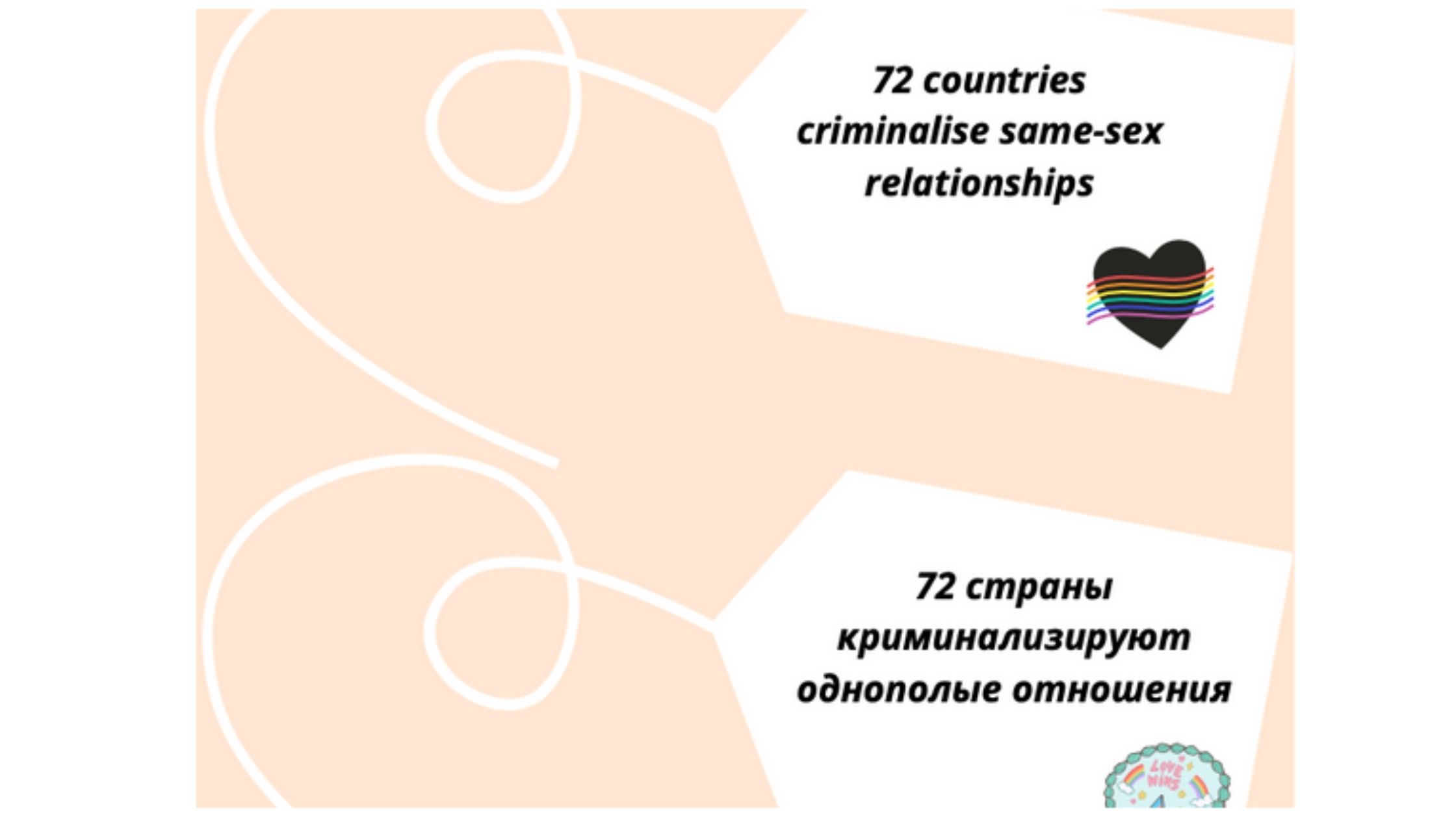 The stall proudly promoted the LGBTQIA+ cause, and price tags included facts, figures, and quotes to share with those interested in purchasing items - written in all three of the common languages that serve the local community: Russian, Kyrgyz, and English.

From bags and jewellery to books and clothes, over 50 different personal items that each held unique stories were sold onto new owners who would go on to experience their own adventures with these purchases. Just as important as the sales were the conversations that this stall led to. Some asked why I chose to support this cause and were intrigued to hear me nonchalantly explain that I identify as a lesbian; others were surprised to learn that there is a community network and organisations providing support despite political pressure and the dangers that come with it. The most promising observations I made were the amount of subtle smiles I saw when people read the signs informing them where the money would go. Likewise, sincere nods of appreciation when a purchase was made left me with hope. I had mentally prepared for the possibility of passive aggressive questioning or verbal attacks from those who disagree with social acceptance of, and legal rights for, the queer community though, in reality, I managed 4 hours of selling items without a sense of aggravation. The fact that no single passerby participated in the latter left me feeling not only a sensation of personal relief, but a longer-lasting feeling of hope for the future. 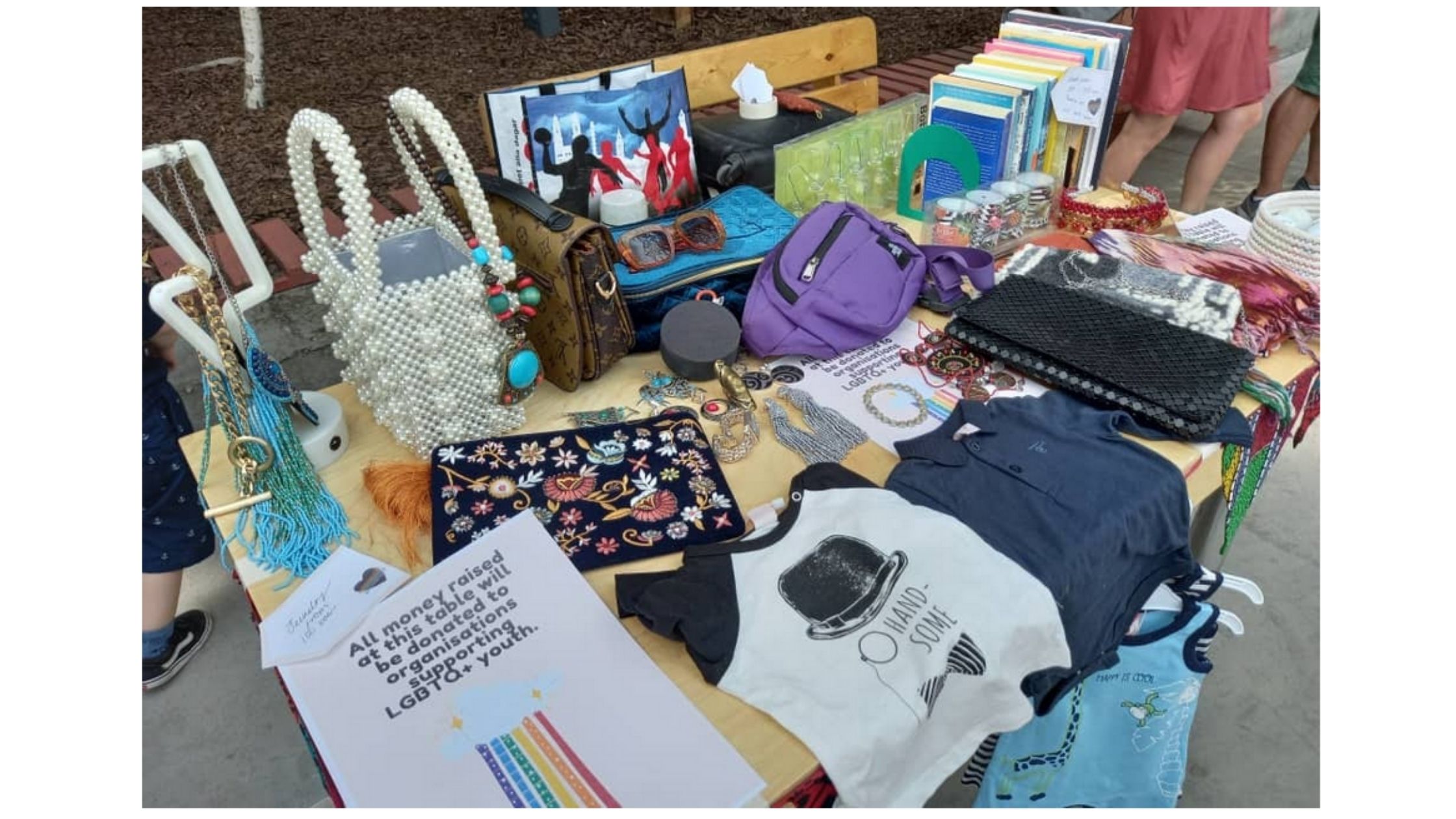 My Pride celebration may not have brought together thousands of allies and did not need nor garner sponsorship from big brands. As it isn’t yet safe enough to give the whole community here in Kyrgyzstan a chance to gather together, taking a few hours of a sunny Saturday morning to actively reflect on the LGBTQIA+ community’s needs, and help in some small way, felt just important as participating in the parades and celebrations of other cities that I have been lucky to participate in or attend in years gone by.

Krisha Gandhi holds a first class degree in Mandarin and History from SOAS and an MA in Educational Leadership from University of Warwick. Krisha became one of the world's youngest Head of Primary Schools at just 26, and now provides consultancy and guidance for schools committed to equity-driven teaching and learning. She blogs at  krishakaykg.wordpress.com