Bridging the Policy Gap: Big Ideas for the Next Labour Government 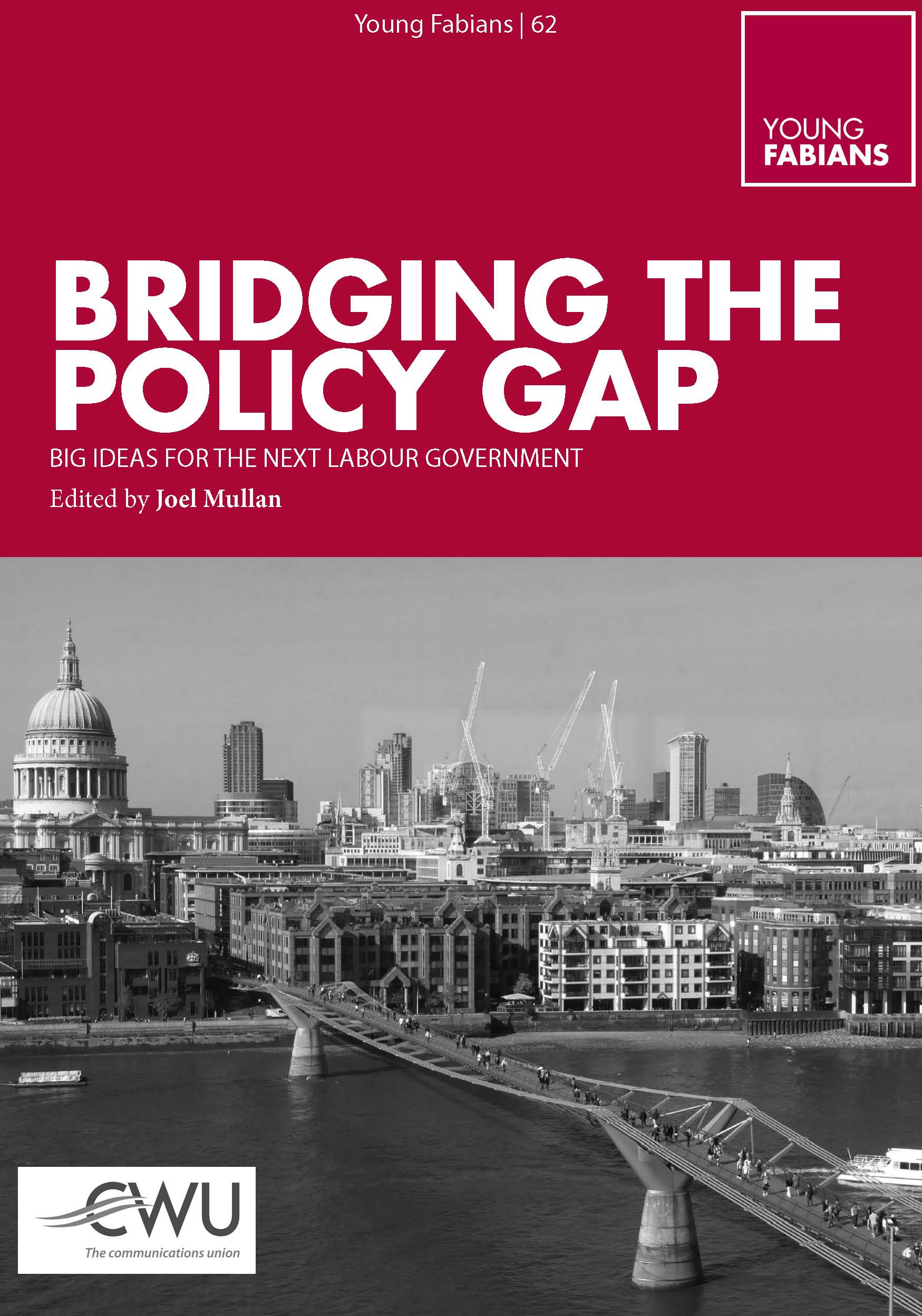 In March 2013, with the next General Election firmly on the political horizon the Young Fabians challenged its members to come with a set of policy proposals for a future Labour government to explore. This pamphlet, which draws on a policy process involving scores of Young Fabian members, politicians, businesses and community organisations, is the result.

Our underlying premise is that British politics needs big ideas, which will both position Britain for the future and mobilise the electorate. The government taking office in Spring 2015 will have to get to grips with a multitude of longer term domestic and global policy challenges: the implications of an ageing population, greater uncertainty around the UK’s energy supply and the growing importance of the emerging economies. These challenges cannot be tackled by tinkering around the edges.

In a series of four essays, our authors call for boldness: a manifesto which offers more than managed decline, but appeals directly to the hopes and aspirations of the British people.