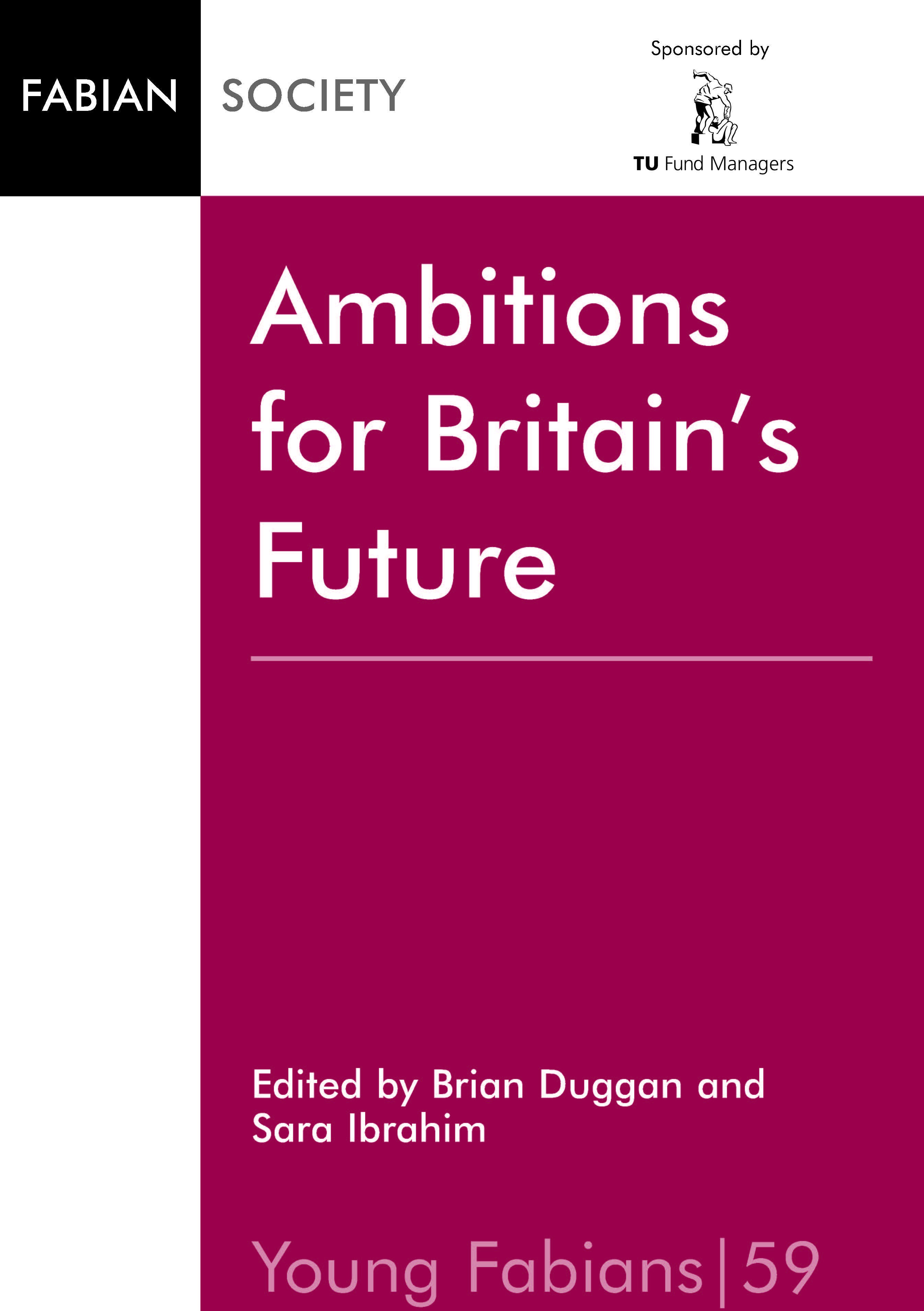 This pamphlet is the culmination of a policy process involving hundreds of Young Fabian members and set out new ideas for Labour to champion. These policy initiatives are being offered amidst a difficult fiscal climate and so it is all the more important for politics and for Young Fabians to be ambitious for Britain's future.

Over the past few months, Young Fabian members had worked to set out areas where Labour can develop new ideas in opposition. We come upon two major threads, firstly, that politics today, across the world, seems to be struggling to assert itself against the tides of economic change and in a time when democratic politics seems to fail to deliver for people, we need to be ambitious for politics. The second thread that runs through the work of our policy commissions is a growing sense of unease about the future of our own generation. Too many young people, who are well skilled and ambitious, see their potential go to waste. Too many young people spend years working hard only to reach the end of their education or training and find poor quality or even no work. As Young Fabians, we need to be ambitious for Britain's future.

For all of us, Labour losing power in the 2010 General Election will be a defining moment in our political lives, but it is also our coming of age. It is time to step up the plate. Opposition is a not a time to be complacent, it is a time to be ambitious. We hope you enjoy the pamphlet and we hope that you will work with us to fulfil our ambitions for Britain's future.