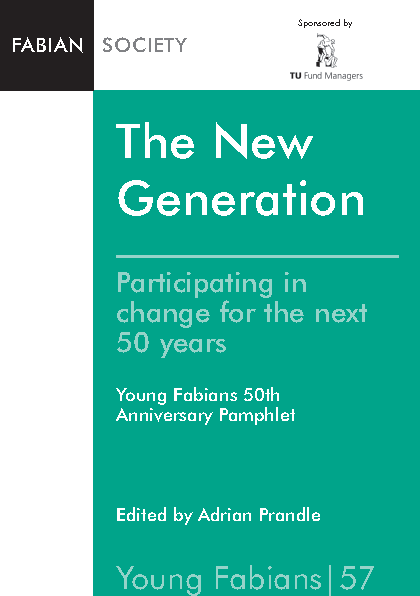 Half a century since founding, and the Young Fabians are still growing – in numbers and in influence. Britain’s most active progressive organisation run by and for young people epitomises the new generation so important to Labour’s future.

Hundreds of Young Fabian members signed up to participate in four innovative policy development groups in the months since Labour’s defeat at the polls in 2010.

Published here together are four essays presenting the ideas from these groups - on education, work, families, development, energy, and the economy. And on much-needed reform of the Labour Party.

This pamphlet presents new ideas for a new leader of the Labour Party – but also for the whole movement.

The new generation is ready and able.

"For 50 years, the Young Fabians have played a crucial role in developing new policies for the Labour Party. More than ever before their fresh ideas and clear thinking will be important to creating the politics of the new generation."