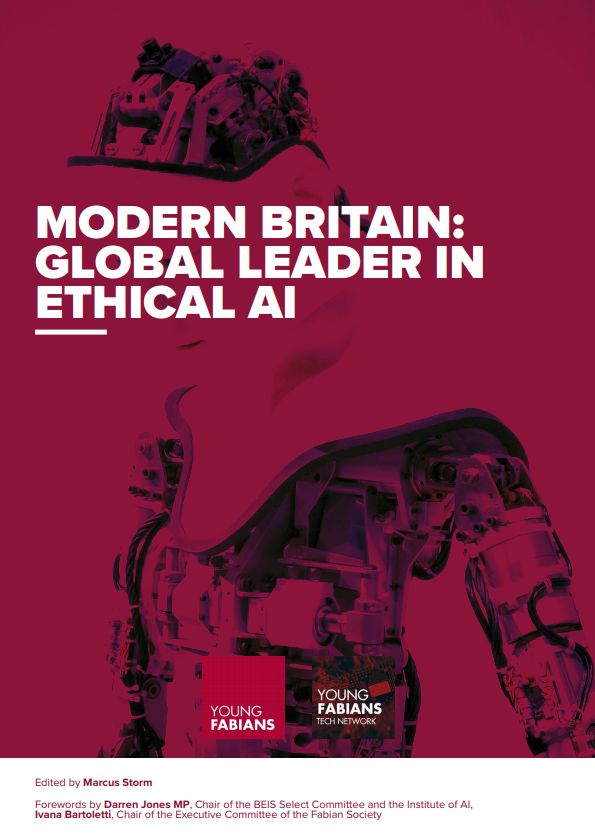 In Modern Britain: Global Leader in Ethical AI, we cover the use of AI in a huge range of applications across the entire economy and how the world is reacting to it. What links all these disparate threads together is the autonomy of the technology. The ability to make its own decisions. In short, the intelligence.

It is in all our interests that Britain takes a global lead in AI. A new National Industrial Strategy must be formed on the back of a tripartite social contract – a new settlement between the state, citizens, and human-like machines. Harms caused by AI are ultimately failures in human governance which limit the vast potential to improve lives all around the world.

Please use the discussion guide on page 88 to host debates in your local groups and organisation on any topic you like.

We'd love to hear your contributions and discussions in this debate - send them over to technetwork@youngfabians.org.uk! 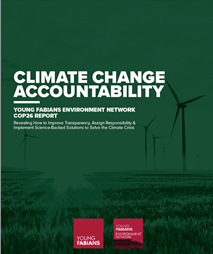 The Environment Network is pleased to announce the launch of their second pamphlet Climate Change Accountability: Revealing How to Improve Transparency, Assign Responsibility & Implement Science-Backed Solutions to Solve the Climate Crisis.

This report was initially intended to be published ahead of the COP26 meeting in Glasgow, originally scheduled for late 2020. Despite the UN’s flagship meeting being postponed to November 2021, the Young Fabians decided that we should press ahead regardless with the writing and publication of this report. Climate change is no less urgent, and so our response should be no less proactive and ambitious as before.

While the contributions in this report are broad and diverse, they all focus around policies and ideas that can help drive global accountability and enable science-based action on an international level to solve the climate crisis.

Ways to Save the World

The Environment Network is pleased to announce the launch of their pamphlet Ways to Save the World.

Our climate crisis will be the greatest social, economic and political challenge our generation will face. And yet what we inherit is entirely dependent on the actions of governments, industries and citizens today.

Ways to Save the World was born out of a desire to give a voice to our generation. A voice not just in protest but in practical solutions. It brings together 14 essays by young left-wing thinkers and activists, each proposing one solution to the climate crisis.

This is by no means a comprehensive list of solutions. Instead, it's the start of a toolkit for today's leaders and citizens to create a better future. We hope it inspires you to take action.

The Young Fabians, the under-31 section of the centre left, Labour-affiliated think-tank and membership organisation the Fabian Society, today announced the publication of the second in a series of studies into the 2019 European Parliamentary elections.

Edited by Young Fabian chair Charlotte Norton and with contributions from Young Fabian members, the pamphlet contains chapters on the European economy, public finances, the state of social democracy in Europe, far-right extremism and predictions for the results of the European Parliamentary elections.

∙         The EPP are predicted to lose seats though will, most likely, still return as the biggest parliamentary party in 2019, paving the way for Manfred Weber to become the European Commission President.

∙         Eurosceptic parties are expected to garner somewhere around 250 seats, compared to around 470 for pro-European parties and a further 30 or so seats that are unclear.

∙         The idea of a European minimum wage, set as a percentage of member-state income, is gaining traction across the left.

∙         Iberian success stories of Costa and Sanchez show that success can be achieved if the left has bold projects and is unafraid to build coalitions with parties of the radical left.

∙         Populism is challenging the established narrative that “portrays European integration as a modernisation project”.

∙         Support for far-right populist movements within Europe has stemmed partly from the exploitation of national and regional imagined communities and the citizens-elite gap.

This is an important study on the eve of the European Parliament elections, as the European electorate heads to the polls in the shadow of a populist wave. Our contributors have begun the vital work of highlighting how the centre-left can rebuild after a decade of difficult election results and how a radical programme can help combat the far-right threat.

In the conclusions of this research, we see the beginnings of a pan-European political sphere as democratic socialists and social democrats – the component elements of the Socialists and Democrats in the European Parliament - once again are at the forefront of the struggle against the likes of the Lega, ÖVP and the Brexit Party.

We see the role of the Young Fabians as part of the pan-European revival and re-invigoration of the left and are keen to contribute the ideas and talents of our members to this ambitious project. We are working with the Fabian Society, the Federation of European Progressive Studies, the Young European Socialists and other organisations to build a network that will, in turn, produce the radical policy that will help the left regain the trust of voters across Europe and once again be the torchbearers of the hopes of ordinary, working people.

I would like to thank everyone for their hard work on this project and look forward to analysing the results with the team in the months to come.”

The entire publication is available here 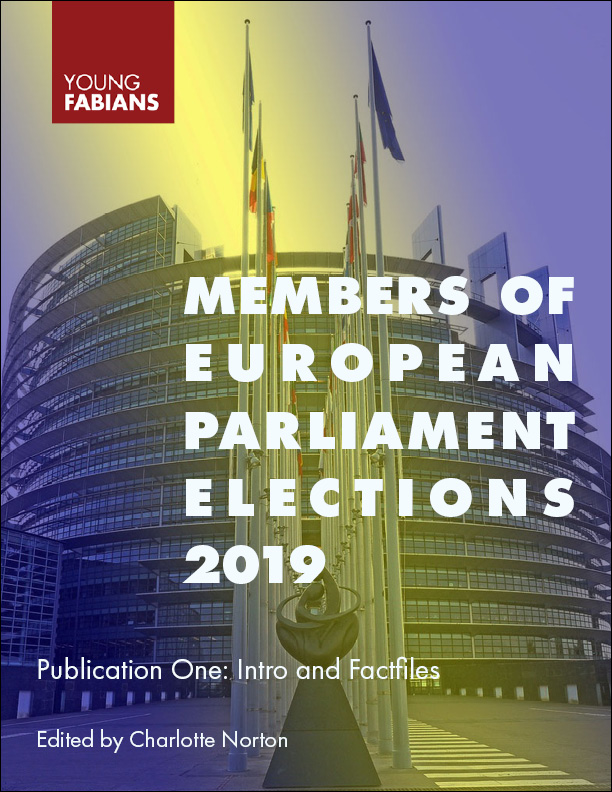 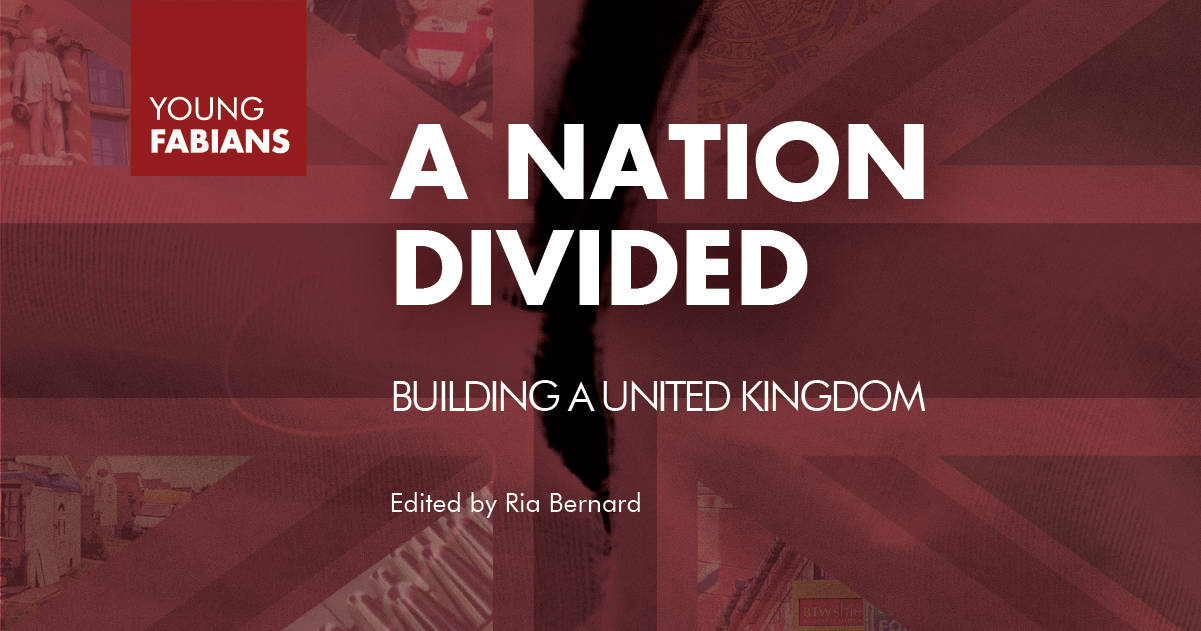 Set in the context of the underlying divisions behind Britain’s decision to leave the European Union, A Nation Divided: Building a United Kingdom explores the extent to which the UK is divided along social, economic, cultural, regional and intergenerational lines. 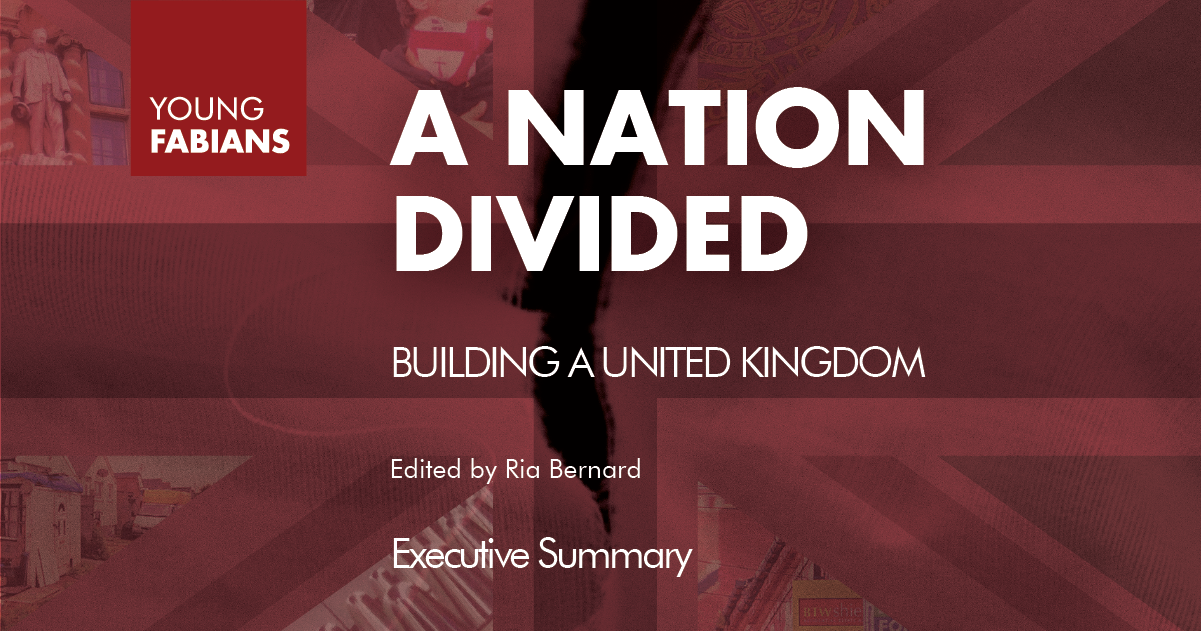 The Executive Summary of our pamphlet, 'A Nation Divided: Building a United Kingdom'. 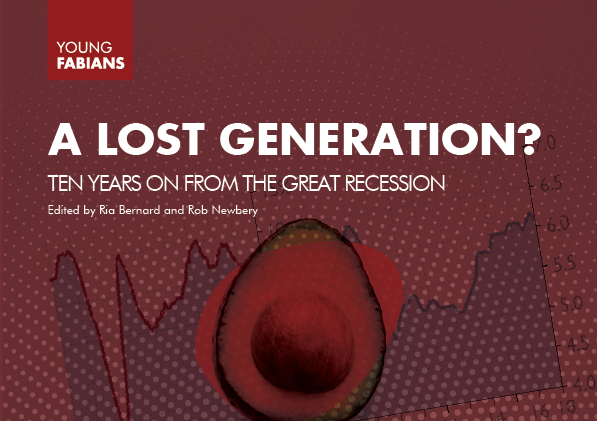 A Lost Generation? Ten years on from the Great Recession

This report comprises contributions from our members following the Fabian Society Summer Conference fringe and policy Open Day in July 2018, in answer to the question ‘Are Millennials destined to be a ‘Lost Generation’?’

Local Government Under Fire: How Labour Can Respond to the Funding Crisis 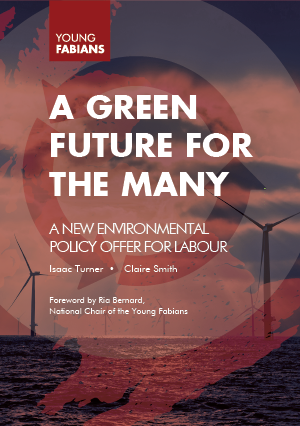 A Green Future For The Many: A New Environmental Policy Offer for Labour