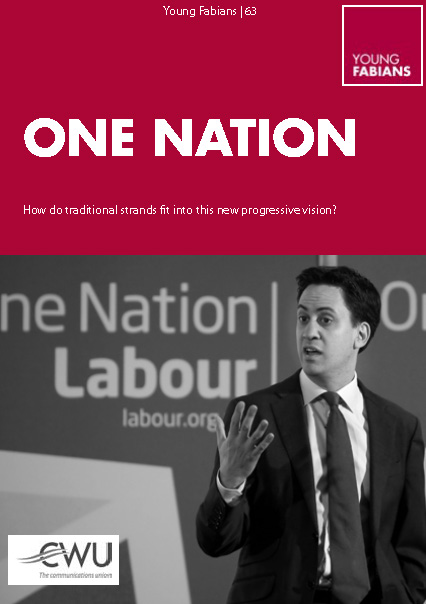 Labour stands at a crossroads. In just eight months, the party will go to the polls it is the favourite to win. For the first time in decades, the central question of what the party is for is in flux. In a series of linked essays, Young Fabians explore the central concept of “One Nation” through the prism of the “isms” that have defined the Labour movement, in order to further illuminate and expand upon Ed Miliband’s project.

Following an open application process, we appointed a project chair and vice-chair for each of the five ‘isms’. Over the course of six months, between them they held 17 events across the country – from Manchester to London to Birmingham to Cardiff, in addition to various meetings with members to further debate and flesh out the ideas presented in the following chapters.