East of Suez: A British Strategy for the Asian Century. Part Two

Young Fabian, Ash Dharmasingham writes on British strategy in Asia. Over the next few weeks we will be publishing his research into this important issue. This week's topic is "The case for a British Strategy in Asia". Follow our blog to read next week's piece on China.

The Importance of Asia

Britain firstly needs a strategy in Asia because Asia is in the process of becoming, if it hasn’t already, the most important region of the world. As a result, if Britain wants to protect its interests and remain a constructive global power, It must situate itself in a favourable and influential position in Asia, with a coherent strategy. Asia is home to most of the world’s population and seven of the ten largest militaries in the world and will by 2030, according to the US’s National Intelligence Council, surpass “North America and Europe combined in terms of global power, based upon GDP, population size, military spending and technological investment” (Campbell, 2016, Introduction); (Rachman, 2016, p.9).By analysing growth figures in nearly 700 global locations, Professor Quah of the LSE has been calculating the ‘global economy’s centre of gravity’. In 1980, this centre of gravity was located in the mid-Atlantic, and by 2008, it was situated east of Helsinki and Bucharest. He reckons that by 2050, it would be “literally between China and India” (Rachman, 2016, pp.30-31). Asia’s rise provides many opportunities for Britain. For instance, rapid development and urbanisation in states like Indonesia provide valuable markets for British financial and insurance companies while British engineering firms have much to gain from developing new regional oil and gas resources. The Indo-Pacific is unquestionably of increasing significance to Britain (Nilsson-Wright, 2015).

The Challenges of Asia

Auslin, while noting the importance of Asia is much more concerned for its future. For example he believes that “uneven development, asset bubbles, malinvestment, labour issues and state control over markets” amongst other factors threaten to end Asia’s economic miracle, mentioning that China’s growth “has dramatically slowed” and that its stock markets collapsed in 2015 (Auslin, 2017-a, pp.1, 4-5). He also warns of Asian political instability, arguing that the Chinese Communist Party (CCP) “has become ever more isolated from the citizenry and is seen as corrupt, inefficient, and often brutal”, resulting in over 200 000 protests of varying sizes annually. He believes that the CCP have been able to control dissent so far due to high economic growth but unrest will likely increase when the economy slows down (Auslin, 2017-a, pp.6-7). He mentions other Asian examples such as the growth of militant Islam in Indonesia and Malaysia, repeated revolutions in Thailand, crises of political confidence in India and Japan, as well as calls for more open electoral systems in Singapore, Malaysia and Indonesia (Auslin, 2017-a, pp.6-8). Auslin also points to the lack of regional unity stating that there were no equivalents to NATO and the EU and that there was a risk of war due to China’s rise and its increasing 19th century power politics in the East China Sea (ECS), South China Sea (SCS), leading to an Asian arms race, (Auslin, 2017-a, p.7-9).

Rachman however argues that even a slowdown in Chinese and Asian growth would “no longer be transformative” since the economic development needed for India and China to reach for great-power status has already taken place, and that while Asia may have its problems, so did the West during its rise to power, citing the US Civil War as an example (Rachman, 2016, p.9). He, however, does recognise that Asia is comparatively disunited and that there is a risk of war (Rachman, 2016, pp.15-17). As Auslin states, an economic or security crisis in Asia would have potentially catastrophic implications for the world (Auslin, 2017-a, pp.7-9). For instance, the Asia-Pacific region contains “the most vital sea-lanes in the world, including the Lombok, Malacca, and Sunda Straits through which more than seventy thousand ships pass every year and almost half of all global exports” (Auslin, 2014, pp.80-81).

Britain, therefore, has a further case to be more involved in Asia because instability in the Asia-pacific and China’s increasing coercion and military footprint in the East Asian maritime commons (which will be expanded on in section two), threatens not only the global maritime order but also Britain’s interests. For example, London has the greatest concentration of maritime business in the world, making it one of the most important global maritime hubs. London has the “largest conglomeration of legal and financial maritime services in the world”, largest ports sector in Europe and home to the International maritime Organisation and International chamber of Shipping (DFT, 2013); (DFT, 2015). With seaborne trade projected to double by 2030 and UK employment in the shipping industry already doubling from 73,000 in 2004 to 146,000 in 2011, Britain must actively try to minimise threats to the maritime order. Auslin states that the most effective way to reduce the aforementioned risks in Asia would be to “push for greater liberalism and a strengthened rules-based order in the Indo-Pacific” (Auslin, 2017-a, p.10). Such an effort, he argues, would increase regional cooperative bonds, and could make China turn away from revisionism and “realise the benefits of pursuing cooperative behaviour that upholds international norms” (Auslin, 2017-a, pp.11-12). Thus, due to Asia’s growing importance, Britain should situate itself in a favourable and influential position in Asia in order to protect its interests and those of the international rules-based order.

British strategy in Asia needs to be in line with overall British grand strategy which should be aimed at preserving the ILO. According to Ikenberry the LIO is a relatively open, rules-based and progressive order that is characterised by international institutions, open markets, collective problem resolution, cooperative security, democratic community, progressive change and human rights (Ikenberry, 2011-a, pp.2, 190). Ikenberry states that the ILO was first built by Britain in the 19th century on the back of the evolving Westphalian system, and championed free trade and freedom of the seas. Under post-war US leadership, the order evolved with the addition of institutions like the United Nations (UN) and the Bretton Woods Institutions that fostered peaceful political and economic cooperation (Ikenberry, 2011-b, p.60). The maintenance of the ILO not only protects the interests and values of Britain but also those of the wider international community. The ILO has fostered an era of relative inter-state peace, prosperity, progress and international cooperation. Such cooperation has brought a number of successes in many areas. For instance, in 1980 after a 13-year immunisation campaign, the World Health Organisation eradicated Smallpox while the UN Children’s Fund has saved over 90 million children since 1990 (Zorthian, 2015). Importantly the norms and institutions of the ILO have not only created the longest period of peace between the great powers in modern history according to Ikenberry but also “laid the foundations for the greatest economic boom in history” (Ikenberry, 2011-a, p.160).

The ILO is not perfect and arguably needs some reform. For instance, too high an emphasis is placed on free trade in regards to developing countries due to the need for ‘infant industries’ to mature before they can compete with established industries in other countries. Britain and the US were the most protectionist countries in the world according to Ha-Joon Chang, during their periods of Ascendancy (1720s-1850s and 1830s-1940s respectively) (Chang, 2011, p.70). Britain, for example, adopted protectionist policies to compete with the Low-countries woollen manufacturing industry which then became the main source of export earning allowing Britain to import the raw materials necessary to launch the industrial revolution (Chang, 2011, p.69). On the whole however the ILO has been very beneficial to the world. As one of the ILO’s founders and a key stakeholder in the order as a liberal democratic maritime trading nation, overall British grand strategy should be directed towards its defence and preservation. Britain’s Asian interests will also be better protected through such efforts. 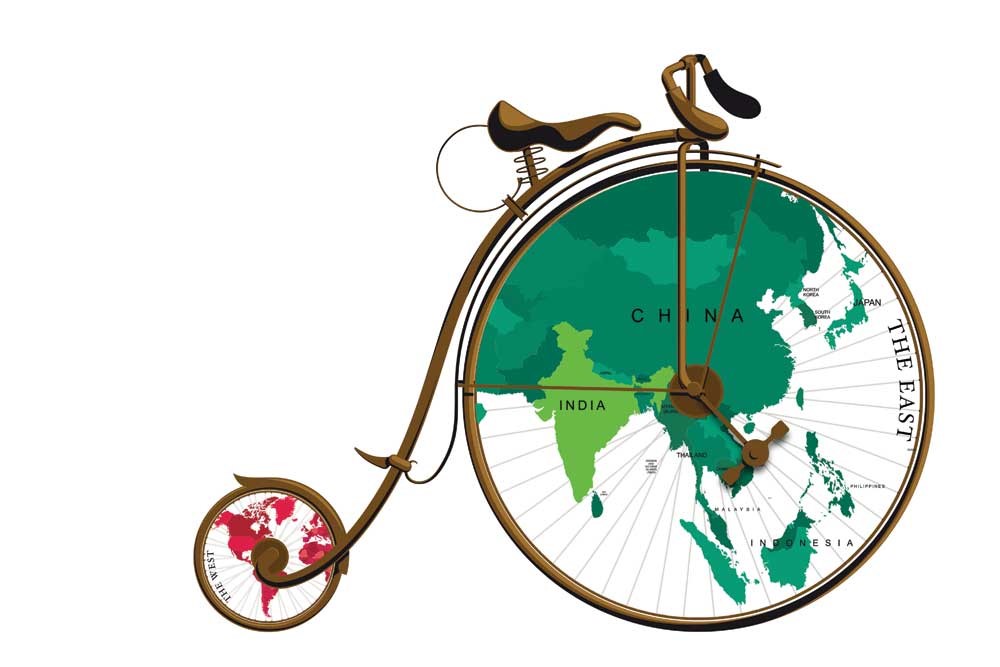