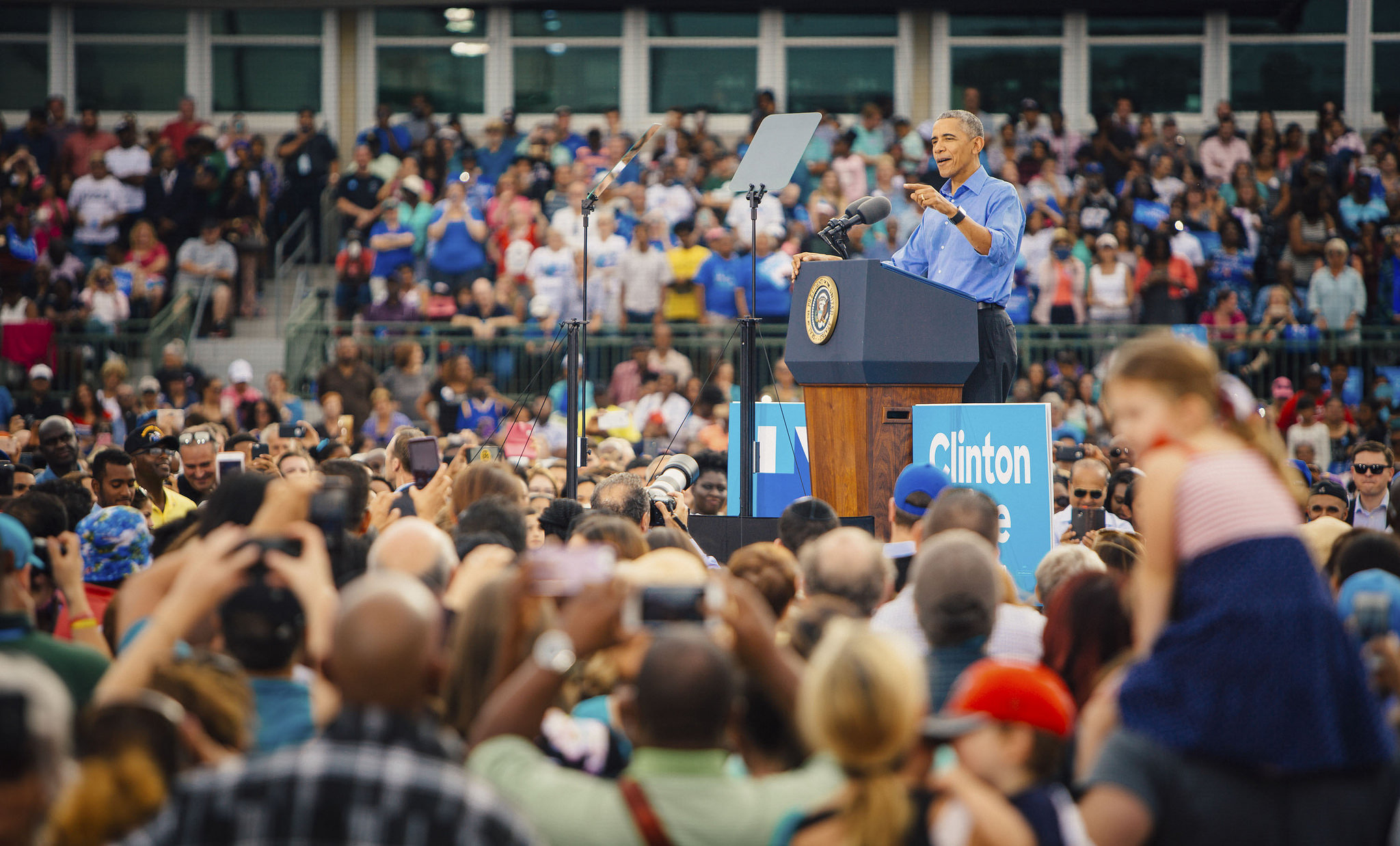 Yesterday was the first full day of campaigning with the Florida Democratic Party.

After an initial briefing we hit the doorsteps divided in groups in search of the few remaining voters who haven't cast their ballots yet.

Early voting is open in Florida for two weeks and closes the Sunday before the election so a lot of the people we spoke to had already voted.

We got a feel of how Hillary's ground operation differs from Labour's. The targeting during the Get Out The Vote week is very similar, and we were predominantly knocking in doors of people who have said in the past they will back Hillary.

Most of the people we spoke to had already voted but many were not aware of early voting at all and we used this opportunity to remind them. Early voting is key for the Dems and the higher the turnout by Sunday night the likelier it is Hillary will win.

Most of us also spent the day really excited about the rally on Sunday with President Obama. More on that in tomorrow's post. Overall campaigning was a great experience and we're all looking forward to the last few days of the campaign.

Daniel Julian is a delegate on the Young Fabians Campaign trip to Orlando, Florida.