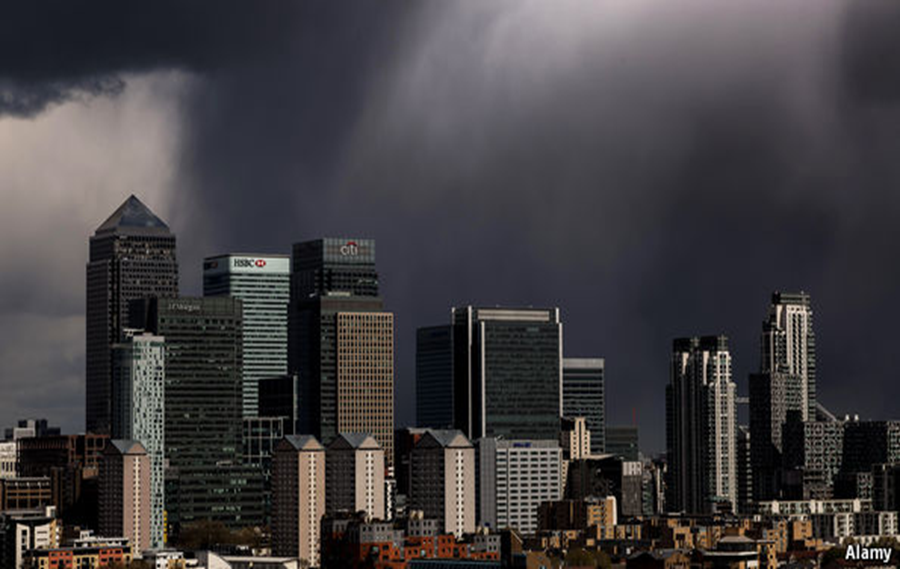 Brexit: What now for the City of London?

Just over 2 months ago, 51.9% of the UK voted to leave the European Union. Britain’s economy reacted as expected; the domestically oriented FTSE 250 index fell by 14% in two days, and the pound sterling dropped to a 31-year low against the US dollar at $1.32.

Since then we've seen the pound sterling and the FTSE 250 rebound slightly. As a reactionary measure, in July Mark Carney indicated the possibility of Bank of England dropping the 0.5% base rate of interest to stabilize markets, and cause a monetary stimulus in the economy by further quantitative easing.

This month, the Bank of England’s Monetary Policy Committee (MPC) voted unanimously to halve the all-time low base rate to 0.25%, alongside an announcement of an additional £60bn in quantitative easing. Crucially, all 9 members of the MPC backed another cut if subsequent data showed the economy was deteriorating. It’s probable for the UK to have negative interest rates if the post-Brexit UK economy does not show signs of recovery, adversely affecting millions of savers and pensioners.

The City of London has experienced mixed fortunes since the referendum vote. In the immediate aftermath, record outflows saw numerous real estate funds suspended in early July, leaving approximately £18 billion frozen in the biggest seizing up of investment funds since the 2008 financial crisis Investors withdrew £5.7 billion out of UK-based stock market funds and a further £470 million from property funds just in the last month. This week, the world’s largest bank, Wells Fargo & Co has however invested £300 million in a new European headquarters in the City. Sceptics have downplayed the banks infrastructure investment as a simple amalgamation of their 4 London offices into one central headquarters. This however speaks volumes about the future of City and the Financial Services sector in a post-Brexit Britain. Wells Fargo & Co location choice for its European headquarters exemplifies why the City of London will survive regardless of Brexit- superior infrastructure. London boasts 250 foreign banks and 200 foreign law firms. Finance and ancillary trades employ 730,000. The abundance of highly skilled people, adept in English law as much as in finance draws in banks, fund managers and so forth; the wealth of employers, in turn, attracts more workers. This cannot be replicated in the short or midterm, allowing our regulators and politician’s time to find an ideal solution to ensure that the European financial hub remains London. Hence, the charm offensive of Frankfurt, Dublin, Paris, Amsterdam and Luxembourg will have little success if the right deal is struck with passporting rights.

London’s dominance in euro-denominated wholesale banking, or banking to mortgage brokers, mid-sized companies and real estate companies in euros will diminish as some will inevitably relocate inside the EU. Many Eurozone companies and institutions have long wanted this activity to move to the Eurozone and be overseen by the ECB, as they can have more control over the provision of euro liquidity. Currently, around 70% of trading in euro interest-rate swaps takes place in London, four times the share of France and Germany, even though London is outside of the euro zone. Clearing houses in London stand between the buyers and the sellers of derivatives trades in a global market worth $493 trillion. I suspect that the city will lose its supremacy in derivatives trading, a highly portable financial industry, if clearing houses relocate to inside the Eurozone.

The City of London owes much of its international dominance as a financial hub to the USA. The Sarbanes-Oxley corporate governance law was passed by congress in 2002 to protect investors from the possibility of fraudulent accounting activities by corporations, this prompted many international companies to list in London rather than New York (thanks Enron). If London now exits the single market, we’ll be returning the favour.  Nevertheless, a post-Brexit London will attempt to increase efforts to sell into Chinese and Indian markets, while also focusing on the US, Canada, Japan, Australia and other Commonwealth countries. This should be welcomed. A logical starting point would be renminbi-related products, as London already accounts for around two-thirds of all renminbi payments outside of mainland China and Hong Kong. Further, the first masala-bond listing earlier this month shows alternative lucrative avenues that sit outside of the single market.

I suspect we will see London becoming an offshore alternative, with potentially less regulation and lower corporate tax rates than our European counterparts. The current corporation tax rate of 20% is already very competitive, and one of the lowest in the world, but former chancellor George Osborne suggested a further reduction could occur to increase the allure of the city. This is something the city hope will be included in the new chancellor Phillip Hammond’s autumn statement.

The most pressing issue facing the city is the future of single market passporting rules. These rules allow financial institutions to operate across borders without local licenses. The two preferences of the square mile are the UK adopting a ‘Norwegian-style’ relationship with the EU or opting for a bespoke deal modelled on the Swiss-EU relationship. The former would allow the UK access to the single market through joining the European Economic Area, whilst also demanding freedom movement of labour. This would unequivocally be rejected by the 51.9% that voted for Brexit, and most importantly by the numerous Eurosceptic Conservative MPs. Thus, Prime Minster May will not adopt this option. Whilst government is yet to find the optimal deal for Britain, Labour should support the Swiss-style proposal by the BBA. It would prevent the City of London becoming a lesser regulated offshore alternative to the EU. Labour needs to be at the forefront of the negotiations of the post-Brexit deal, and aim to maintain financial regulation in the City that is on par with the EU whilst ensuring passporting rights are kept. These negotiations are paramount to the future economic prosperity of the UK economy. At present, 78% of this country’s GDP is due to services (10% of all GDP), and 29% of all UK exports are financial services.

The UK economy needs the City of London to maintain the international presence it’s had over the past 30 years. Brexit may have put passporting rights in jeopardy, but it may also cause London to innovate by developing other financial products, and most importantly develop business opportunities outside of the single market. Alternative European cities lack London’s scale and sheer concentration of expertise. That does not mean our negotiators should become complacent as the longer the political and regulatory vacuum lasts, the more harm it will do.